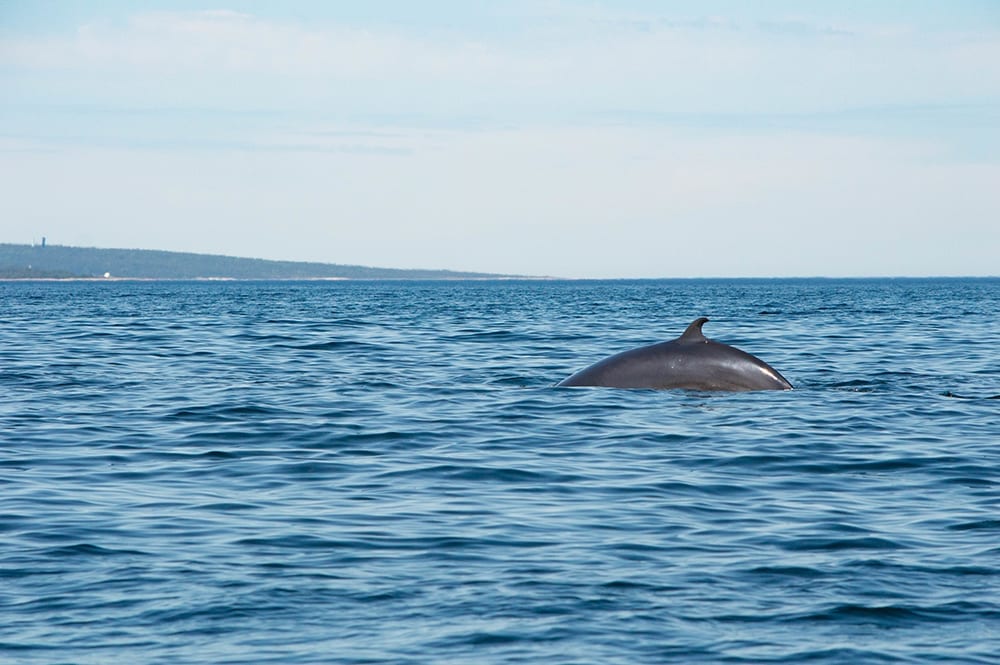 Whale watching is one of those things that has a broad-based appeal, visitors of all ages are attracted to a variety of location around the world. Whales are seen as one of the best things to see in Scotland. People are looking to see and hear these majestic creatures on the West Coast of Scotland. Scotland is an exceptional place for observing wildlife. The Isle of Mull offers beautiful beaches and rocky islands, and it is a good place to see porpoises, dolphins, minke whales and basking sharks.

This island is also a bird sanctuary for sea eagles, golden eagles and puffins. It may sound obvious, but your whale watching holiday success depends on being in the right place at the right time. Many whales species are highly migratory because they are always looking for new food sources to feed them. The Scottish seas provides a lot of food for the whales such us salmon, cod, sole and herring.

According to the experts, the best season for whale watching is from mid June to late September. Probably the best places for whales and dolphins are located in their feeding areas such as the Gulf of Corryvreckan. A third of the North Atlantic whale’s population migrate through the sea around the Scottish’s west coast every year. The minke whale is commonly seen offshore in summer, and occasionally is seen near the coast in September-October. The humpback whale is found offshore from June and Orcas can be seen at any time of the year.

There are almost 800 islands surrounding Scotland’s coast, from Orkney and Shetland in the north to the Western Islands so there are numerous bays where several whales species and their smaller relatives dolphins and porpoises can be found. Over the past 20 years, marine life research have revealed that boat trips and sea wildlife are compatible with the wildlife. The rugged Scottish islands and the clean waters provide the perfect environment for wildlife. It is a perfect place for breeding birds, seals, otters, whales, porpoises and dolphins among others.

Are you looking for an unforgettable whale watching experience? Here at Loch Melfort, a country house hotel in Arduaine, near Oban, we offer a Wildlife Break including a boat trip where you can often spot whales and other marine life.

You can also find more wildlife boat trips in the West Coast of Scotland here: