The Scottish Western Thoroughbred Vehicle Club had their 30th birthday celebrations at the hotel on Saturday night. The club was formed in 1978 to bring together “old car” enthusiasts and has grown from the initial core membership to over 200 members. 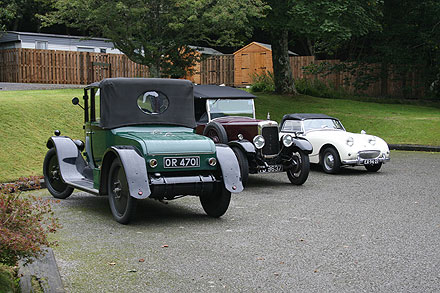 Vintage cars in the car park

The annual rally sees cars such as a Model T Ford, Austins, Jaguars and Morris’ touring in convoy through the Scottish countryside during which members hold barbecues and observation quizzes, and with more pre-war cars than post-war cars on display it really is a fine and varied display of the history of motoring. 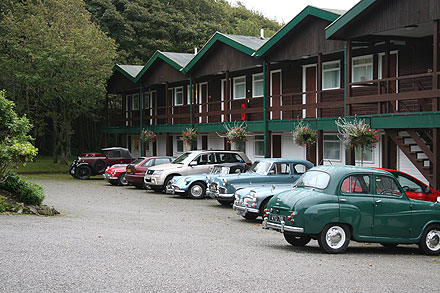 Old and new cars together

Depsite awful rain, some beautiful cars turned out in force and a jolly evening was had by all. On the special menu that night was a delicious mix of local produce such as langoustines, our own cured gravadlax and slow roast belly of pork. After fine dining in the restaurant, members tucked into a birthday cake and held a car quiz in the Bistro where everyone had a happy time and enjoyed a blether! 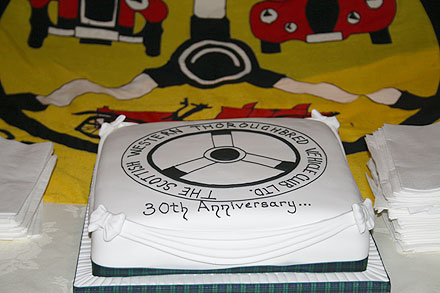 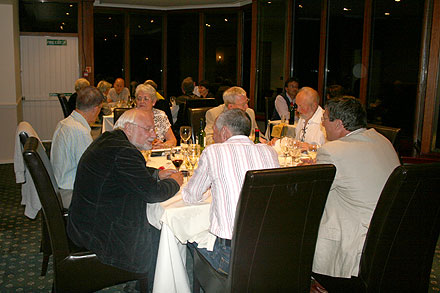