The stories behind the animals at Loch Melfort Hotel 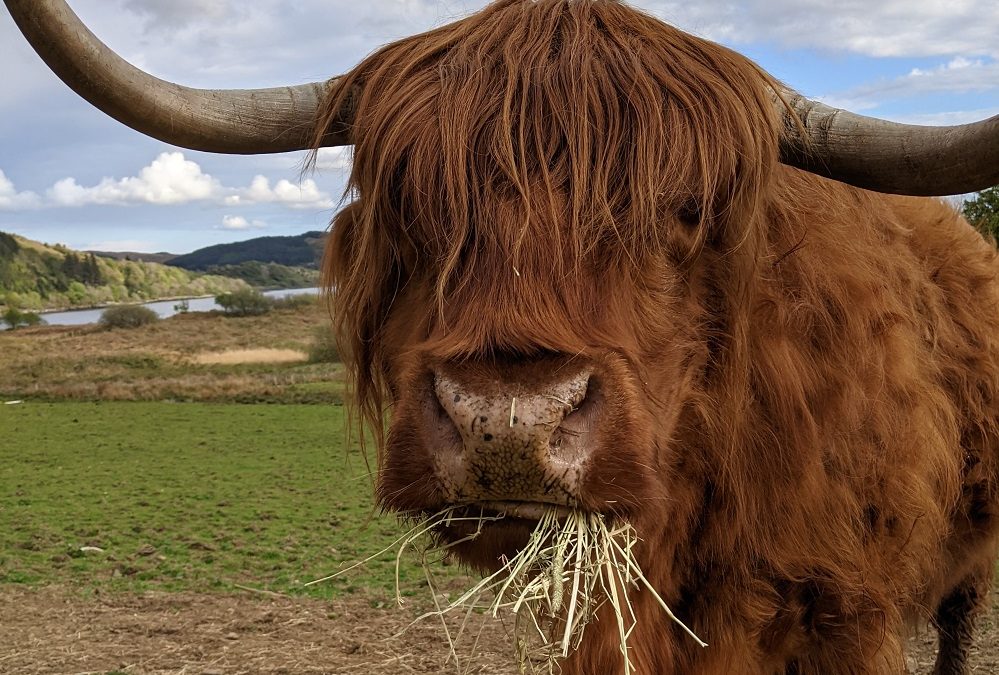 Passing around the front of our hotel, across the decking, and down the path to the little pebbled beach, it’s hard to miss five of our (hairier than most) team members: three Highland cows and two very naughty goats. You might also spot an energetic spaniel bouncing across the coastline, a washed-up crab shell in his mouth, proudly carried like a new prize. The animals of Loch Melfort Hotel have become a well-loved attraction for visitors and we thought it was about time that we gave you the stories behind our furry friends …

The Loch Melfort Cows: The most famous coos in Argyll?

The cows are the longest running residents at Loch Melfort Hotel, and their story was almost a very different one. The two black cows were first to arrive, when they were just over a year old. They were quite tiny compared to how big they are now, and they all were always fighting.

Was it just play fighting? We could never quite be sure, but it’s why we called them Campbell and McDonald (because those two Scottish clans were always famously fighting each other in the past). Campbell got his name because he seemed to be the aggressor, whilst McDonald seemed to be the one getting picked on all the time. A year or so later, our third cow arrived from the same breeders as Campbell and McDonald.

That’s when we got our first brown coo! He’s a year younger than the others. We named him Dougal. People always assume he’s named after clan Dougal but, in reality, his name came from the fact that he’s the same colour as Dougal from the 60’s children’s television programme The Magic Roundabout. Over the years, we’ve heard people calling them all sorts of names. Some guests have enjoyed calling them things like mustard and horseradish, which might seem a bit unfair. However, the original thoughts around having our own cows were that they would be raised for meat, in keeping with our sustainability goals. But, it seemed our slightly sentimental side kicked in …

What a lot of people don’t realise is that it’s actually quite difficult to arrange this sort of thing; there are a number of restrictions around horned cattle, very few abattoirs take them. The nearest available to us was on the Isle of Mull. Just before they were due to leave, the abattoir in Mull burned down. It was all we needed to confirm that they weren’t ever intended to be on a plate. We had to keep them as pets. I don’t think it would be unreasonable to say that they’re some of the most photographed cows in Scotland, with perhaps the exception of the famous Hamish at Callander. 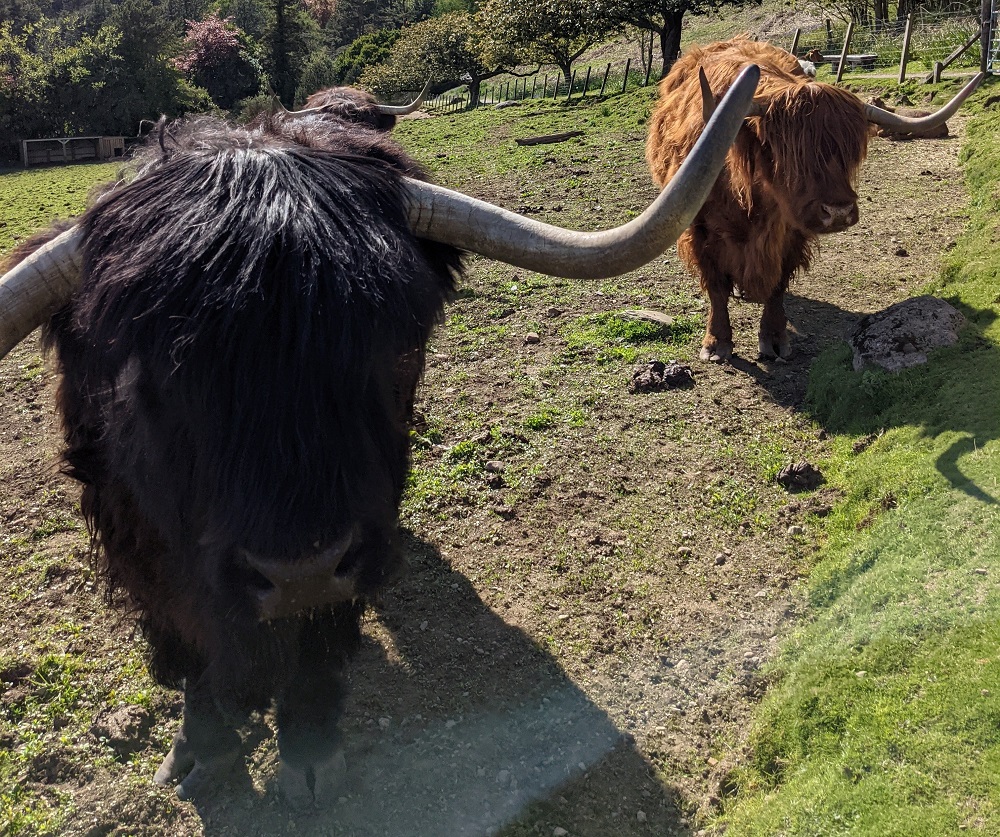 The goats are a newer addition to the Loch Melfort family, brought into the field in December 2019. The two were also ‘rescues’, brought home from a Scottish college working to further educate young adults with learning disabilities. Animal interaction and bonding are an integral part of supporting these people, and the college has a petting farm. They can’t keep them all, so a significant number of them will eventually be sent to local abattoirs. 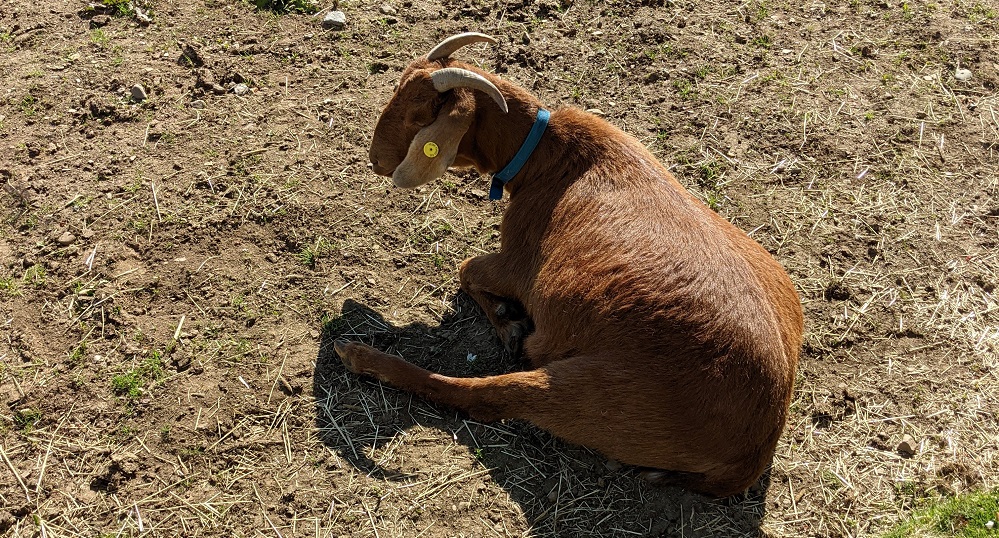 We’d always thought it would be good to have a couple of goats. Although, in our head, they would be of a size that could be picked up, like a pygmy goat. We agreed to take a couple without realising just how big they were until we arrived to collect them!

When we first adopted them, the college was firm that we had to provide a shelter (because goats love shelter). So, we built the goat house, which you can see at the end of the field near the trees. And, the college was right. At first, they went back into their little sheds each night. However, as time’s gone by, we think they’ve forgetting that they’re goats. It’s quite normal to find them out lying beside the cows, come rain or shine.

So, what are their names? Bracken and Thistle. Thistle’s name simply came from a random discussion around plant names, whilst we thought Bracken looked quite like the colour of dead Bracken in the winter, that sort of russet red. What do you think? Thistle has become very friendly and it’s not unusual to see her head over for a face scratch (when she’s not trying to steal the cow’s food or climb a tree for the tastier leaves). 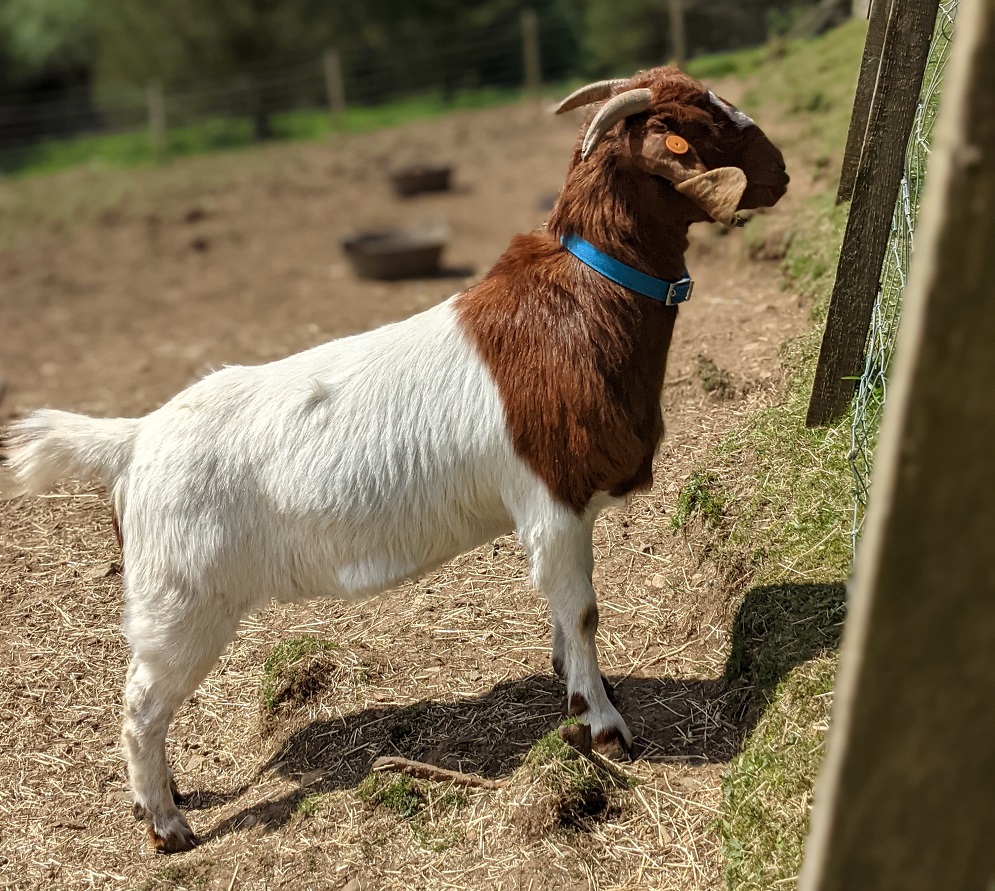 We’ve always had dogs here at the hotel. Long-time guests might remember our old boy, Toby? Hector followed, and he seemed a bit lonely when Toby passed, so the cogs were already in motion when Rachel spotted a Facebook page for a Spanish spaniel rescue. That’s where Harris popped up. 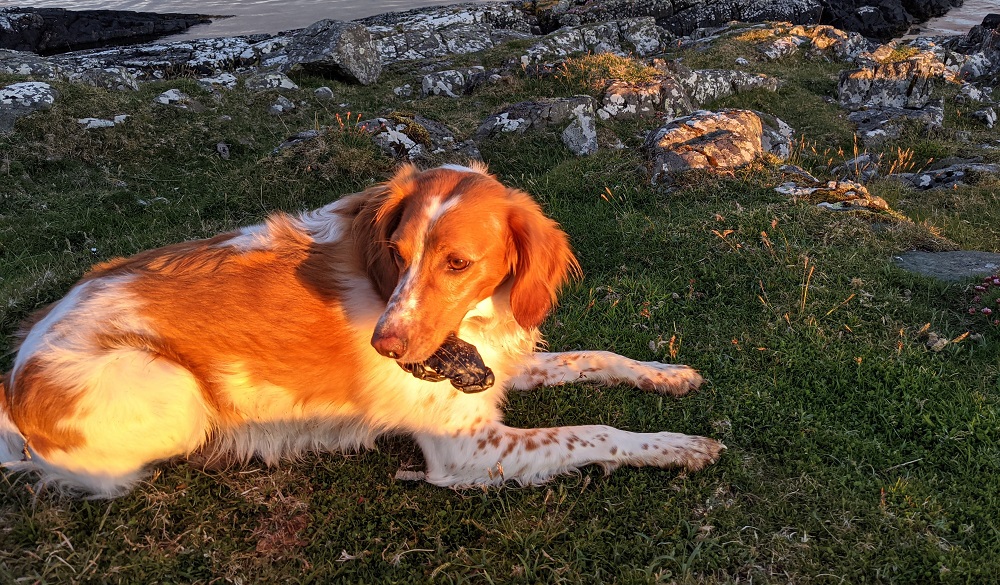 Harris was on the streets of Murcia and would have been put down had the charity not rescued him from the pound. Before we knew it, we were paying for him to get all his health checks and head to a foster family in Spain whilst they assessed our home to make sure we were suitable adopters. Obviously, with the run of 17 acres, he’s got his bread truly buttered here!

He arrived in the UK in a transit van with 20 other dogs and we drove down to meet him. His little Scottish name came about as part of a family discussion, perhaps something to do with our fondness for Harris gin?

Think your own fluffy best friend would love it here too? As pet owners ourselves, we welcome dogs and their owners into 9 of our ground floor sea-view lodge bedrooms. With partitioned decking that opens directly onto the grounds, it will be a breeze to go out for a walk together.