Some of the world’s most epic love stories are set against Scottish backdrops. From breath-taking views, to historical courtship spots, our team are often asked where to find the most romantic places in Scotland. We’ve compiled a list of some of our favourite sites to ignite the passion, alongside some of the most magical places to propose in Scotland … 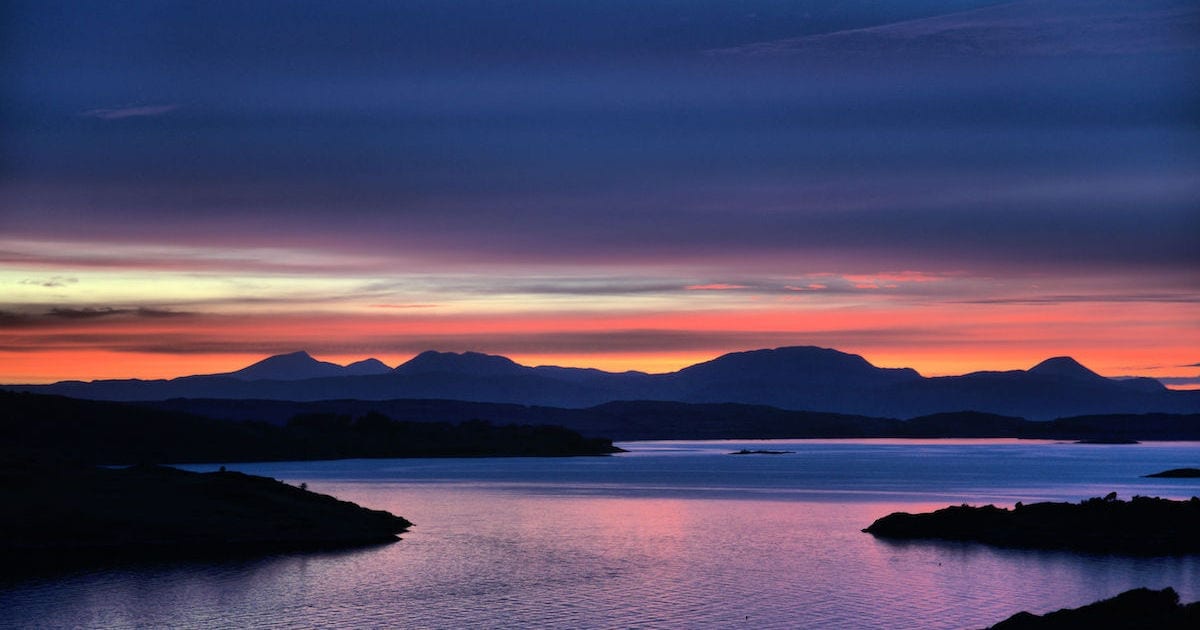 The cosmos has long been associated with tales of star-crossed lovers, so what could be more romantic than cuddling up under the skies with your loved one? As one of the first dark sky parks in the world, The Galloway Forest Park allows visitors to hunker down under the planets and admire the constellations, surrounded by unspoiled natural beauty.

The Royal Apartments of Stirling Castle

To mark the arrival of his new French bride (Mary of Guise), King James V of Scotland commissioned a new palace in Stirling Castle. With most women struggling to get their partner to buy them flowers, could there be a more romantic gesture than building an enormous structure in honour of your beloved?

The standing stones of Arran

Standing in a lonely spot on Arran’s atmospheric moorland, the Machrie Moor Standing Stones could be perceived as a little eerie to some. However, for history lovers and Scotland fanatics, there’s something truly magical about knowing you’re standing right in the middle of a giant time capsule. This rich archaeological site is home to the large stone circles, burial cairns and ancient cists- all dating back to between 3500 and 1500 BC. 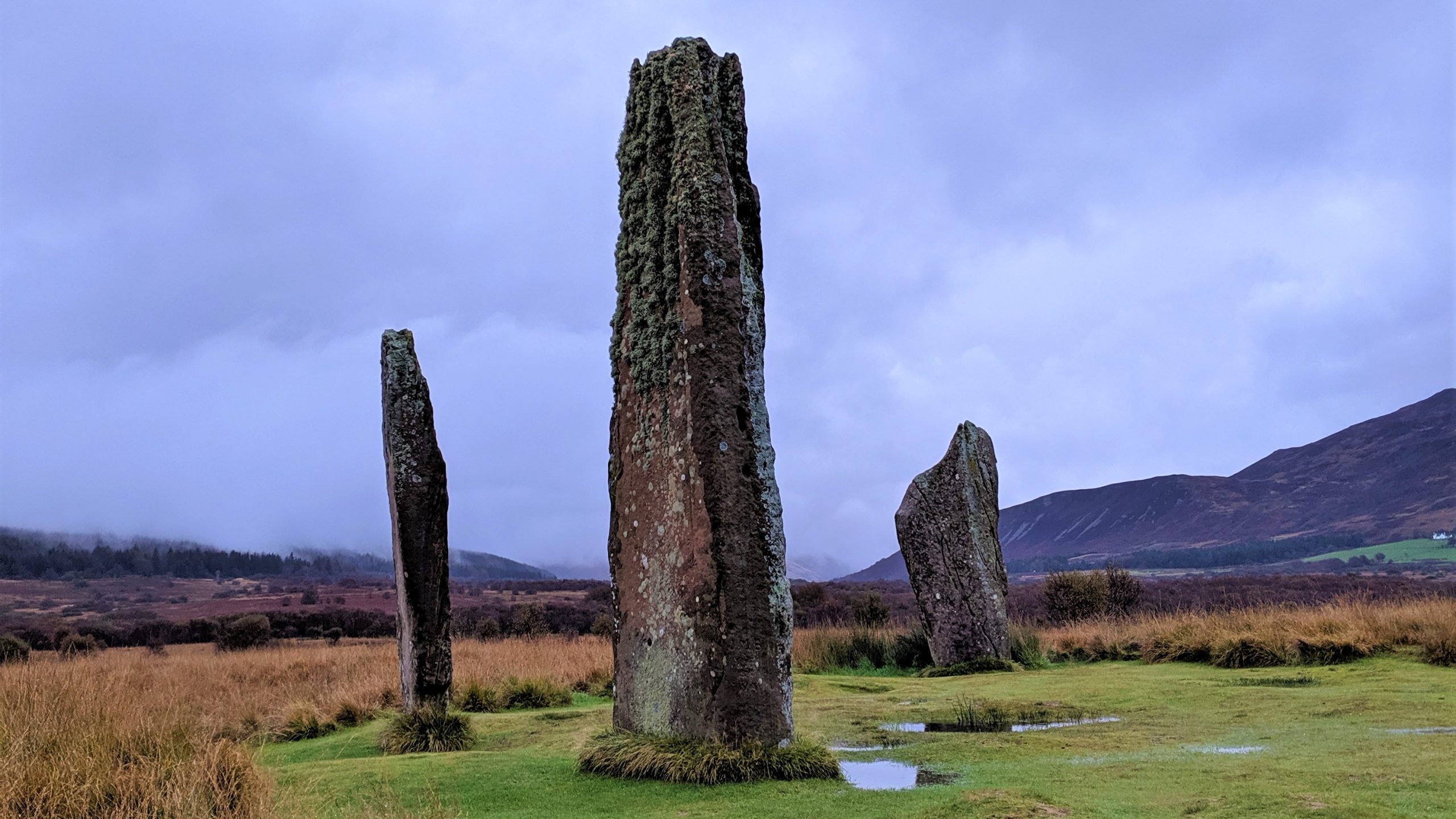 In 1999, the remains of St Valentine were discovered in this seemingly modest church in Scotland’s largest city. It transpires that some of his remains were brought here by Franciscan monks, who were impressed by the faith of locals. As a result of the find, it has become common for men to propose to their partners on Valentine’s Day in the church. Needing a proposal wingman? The romantic old saint’s statue inside St John’s has your back!

Looking across the Scottish isles

Beach walks and romance go hand in hand. Take the air along Loch Melfort hotel’s peaceful pebbled beach, before strolling back to your sea-view balcony to enjoy an island sunset. Add a touch of magic and mystery to your Valentine’s Day with some of Scotland’s cosiest romantic accommodation.

A night in a tree house takes the term ‘love nest’ to a whole new level! Scotland has a number of these intriguing little homes in the sky, ideal for going off grid. Relax in comfort in a large treetop palace or rekindle a lost bond with nature in your very own Eco-friendly cabin. When night falls, wrap up warm and spend the evening watching the stars. 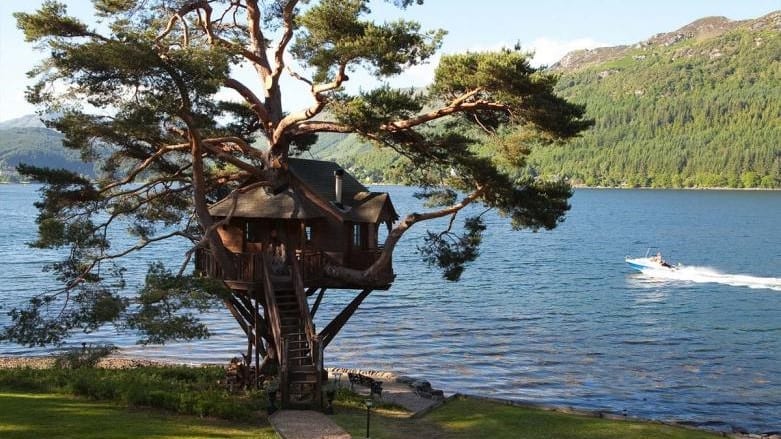 The 650-meter-high Gondola trip up Aonach Mor is a once in a lifetime experience, offering up incredible views over the highest mountain in the British Isles – Ben Nevis. The 15-minute journey up the 8th highest mountain in the UK is surrounded by beautiful sights across the surrounding lochs and glens. A sure way to take your romance to new heights!

Associated with good feels and a loving marriage, Sweetheart Abbey in Dumfries and Galloway was founded by Lady Dervorgilla to pay tribute to her deceased husband. When he died, she had his embalmed heart placed in a casket and carried it wherever she went. Following her own death, Lady Dervorgilla was laid to rest in front of the abbey church’s high altar, holding her husband’s heart to her chest. 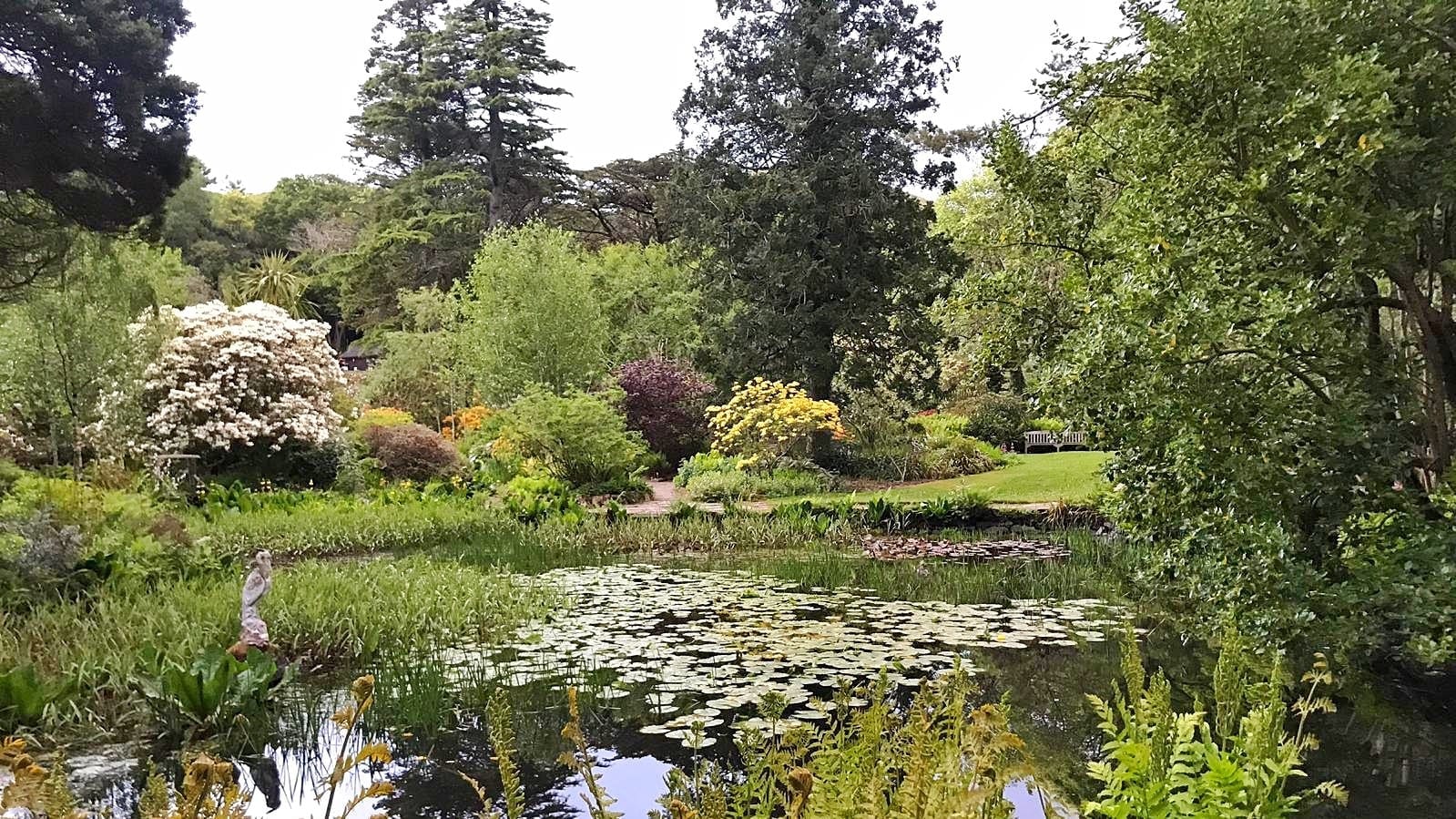 It goes without saying that we have a soft spot for Argyll. In fact, there are so many romantic places here that we previously wrote a blog post listing 10 of our favourite romantic things to do in Argyll! What could be more romantic than sharing a bottle of wine whilst listening to the waves on the shore of Scotland’s West coast?

If you’re exploring Argyll, be sure to add these spots to your list …

If you’re popping in for a stay with us South of Oban, it’d be a sin to miss the neighbouring Arduaine Gardens. The twenty-acre botanical gardens bring an exotic twist to Argyll, with winding paths of bright Blue Tibetan poppies, African red-hot pokers and giant Himalayan lilies (to name a few). The wandering flowerbeds and towering trees are a spellbinding place to explore and get lost amongst.

The green banks of Loch Tarbert are some of the most beautiful and sheltered natural spots you’ll find in Argyll. Ramblers and walking enthusiasts will delight in the peaceful routes around the loch. If you’re looking for a real Scottish wilderness experience, there’s even a little bothy to the North of the trail where you can stay the night.

Overlooking Loch Fyne and Dunderave Castle, Tinker’s Heart is an arrangement of 26 quartz stones positioned in the form of a heart. The small permanent monument commemorates indigenous Scottish travellers, and for generations communities gathered here to get married and bless babies. 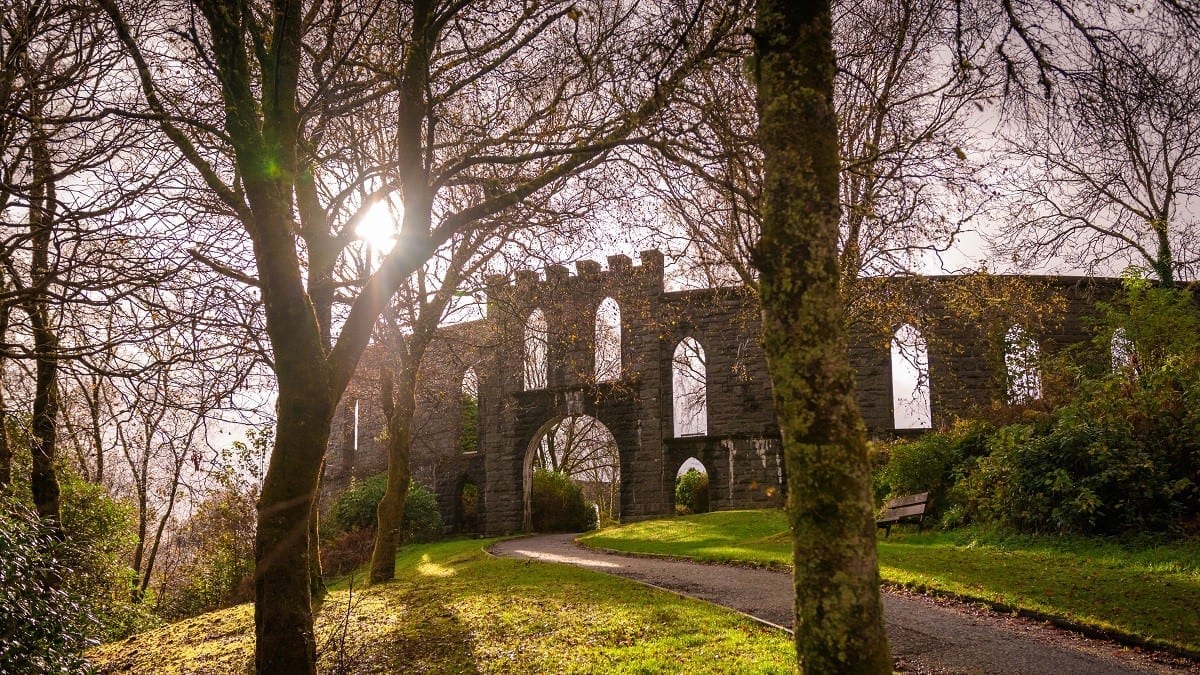 Set in the heart of Oban, McCaig’s Tower is one of the town’s most recognisable landmarks. The open stone structure dates back to 1897 and its lush inner garden & panoramic views over Oban Bay make it a dreamy picnic spot to watch the sunset from.

The ancient volcanic activity of Mull left the island with an incredible range of rock and lava formations, alongside the magnificent Mackinnon’s Cave. An explorer’s paradise, the deep-sea cave was infamous enough to entice writers such as Dr Samuel Johnson and Boswell. Visitors can access the cave at low tide to investigate its curious rock pools and high waterfall.

Remember the fairy kingdoms from your childhood stories? With its rushing waterfalls, criss-cross bridges and moss-covered rocks, atmospheric Puck’s Glen transports you back to those supernatural worlds. We recommend you do the Glen’s walk clockwise, meaning that you’ll walk up the falls. If you’re lucky, you might catch a glimpse of the increasingly rare red squirrel.

Romantic places to propose in Scotland 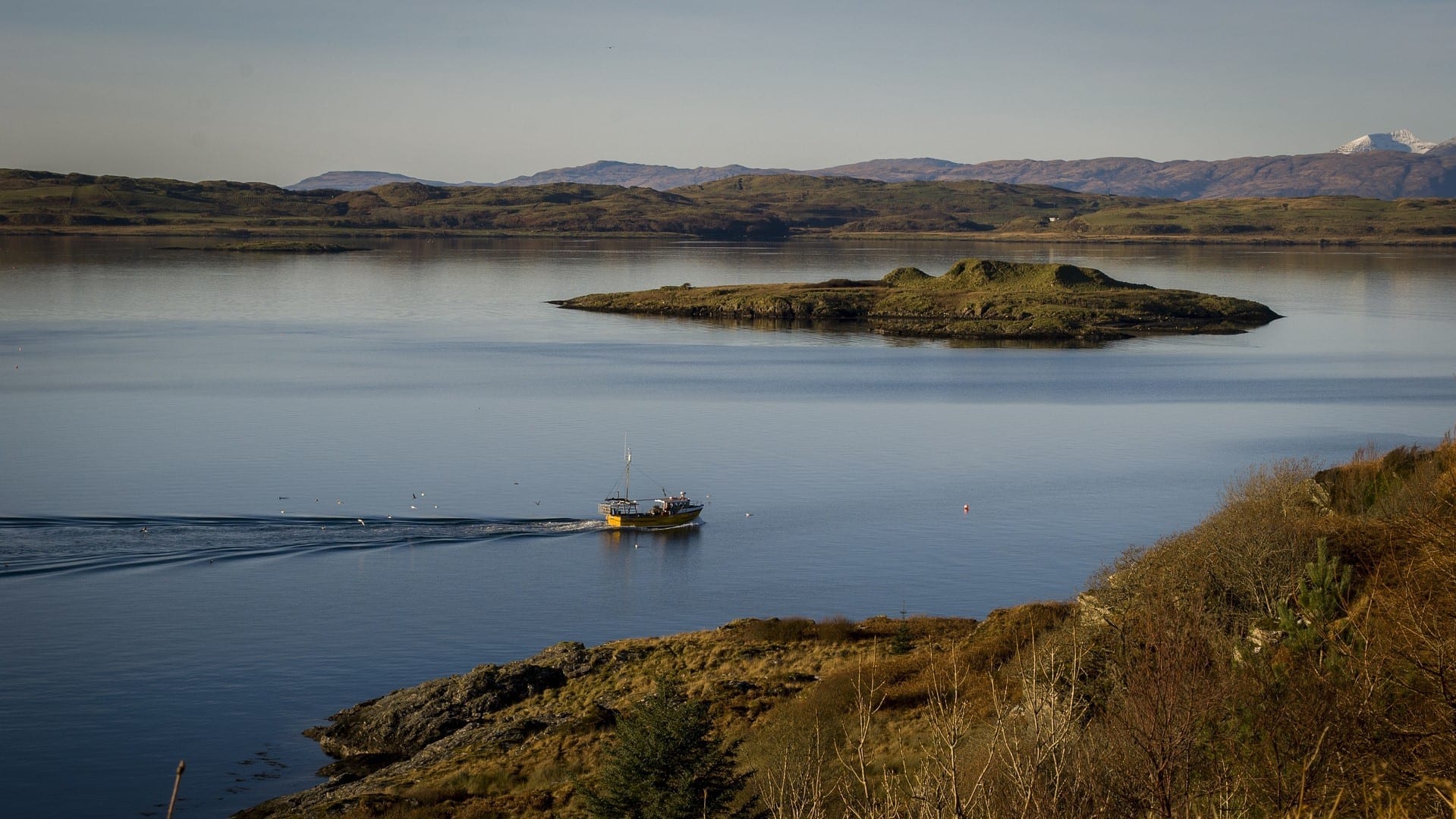 Hire a boat to an uninhabited island

The Scottish Hebrides has an abundance of islands to choose from (and plenty of boatmen willing to take you). Most will sail you across and pick you up a few hours later once you’ve popped the question. The Argyll islands of Scarab and Lunga are two of our favourite spots to carry out the romantic deed.

On the bonny bonny banks of Loch Lomond

They don’t call them the bonny banks for nothing! Loch Lomond has many a picturesque spot, perfect for a romantic picnic made for two. Looking to up the pace? Step aboard one of the many loch cruise ships and get down on one knee surrounded by glistening waters and snow-capped mountains.

There’s nothing quite like reaching the top of your very first Munro. In fact, hiking and climbing enthusiasts come from all over the globe to tick it off their outdoor ‘to-do’ list. One of our top picks for those who have just begun their hillwalking career is Ben Lawers. This mountain is actually one of the highest Munros, however, the high pass between Loch Tay and Glen Lyon enables hillwalkers to start their climb from the car park at over 400m. 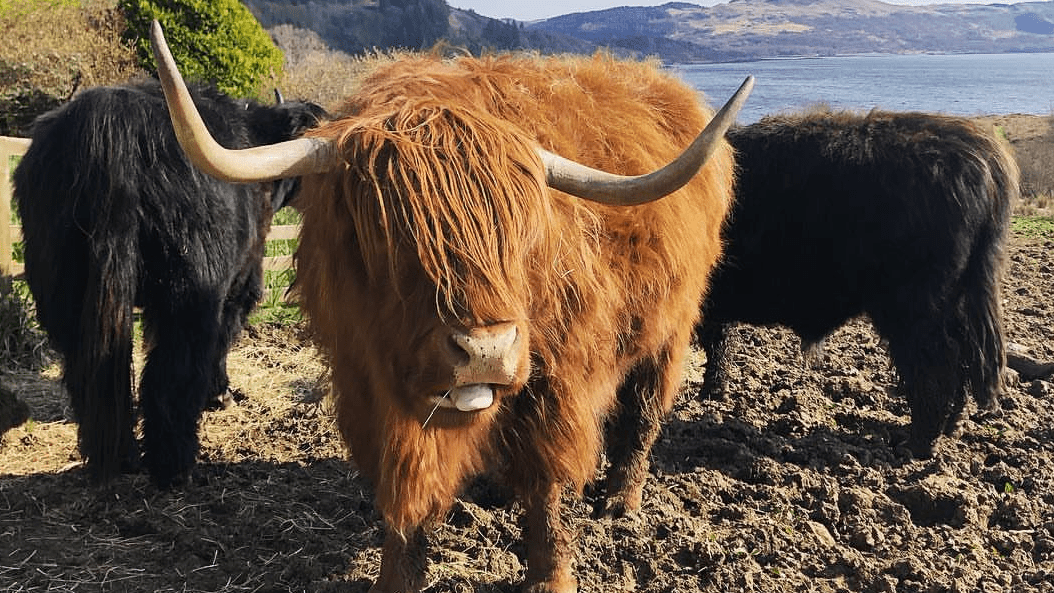 Holy Cow! We just got engaged!

Who doesn’t love a Highland cow? Want a proposal with a fun and unusual Scottish twist? We’re lucky enough to have three highland residents right here within our hotel grounds. If you and your partner love animals, then why not get them involved in your question popping? With a bit of notice, we can entice Dougal, Campbell and MacDonald over with a tasty treat – ensuring you get a fun engagement photo that people won’t forget. Not sure about working with animals? Don’t worry, we wrote a blog post about Our Top 10 Marriage Proposal Ideas at Loch Melfort.

On top of a volcano – Arthurs Seat

How many people can say they got engaged on top of an ancient volcano? If you’re looking to put the ‘wow’ factor into your engagement story, it doesn’t get much better than atop a 340 million-year-old hill with a name derived from the legends of King Arthur!

Romantic places to stay in Scotland

The beautiful grounds of Lock Melfort hotel are nestled amongst 17 acres of gardens and beach on Scotland’s striking Argyll coast. From bedroom sunset views across the Scottish isles, to walks through the fragrant Arduaine Gardens, the possibilities for romance are endless.

Take a look at our cosy Winter offers and start planning your very own love affair with Scotland.