Robson Green and the Tiger Aspect film crew are staying at the hotel filming the latest in his extreme series called Extreme Swimming. 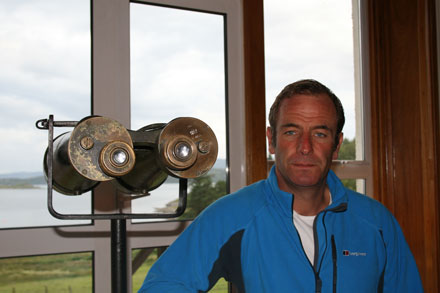 Robson Green in the Binocular Lounge

Robson’s last series, Extreme Fishing, saw him travelling the world to hunt and battle huge fish, often taking to the water in search of rare underwater creatures. This time round, it’s Extreme Swimming, which will be an “adrenaline-fuelled tour of Britain’s waters” including waterfalls, pools, rivers and wild sea locations such as the extreme coastline around the Sound of Jura. 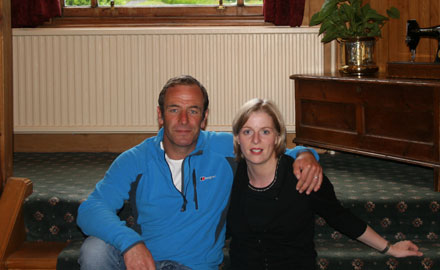 Robson and Rachel on the Stairs

As well as an exploration of Britain’s wildest waterways, Robson will be meeting the hardy souls who make them their playground.