Love From Scotland stayed with us recently and this is the blog from their visit. Thanks for coming!

Coos and Views at the Loch Melfort Hotel 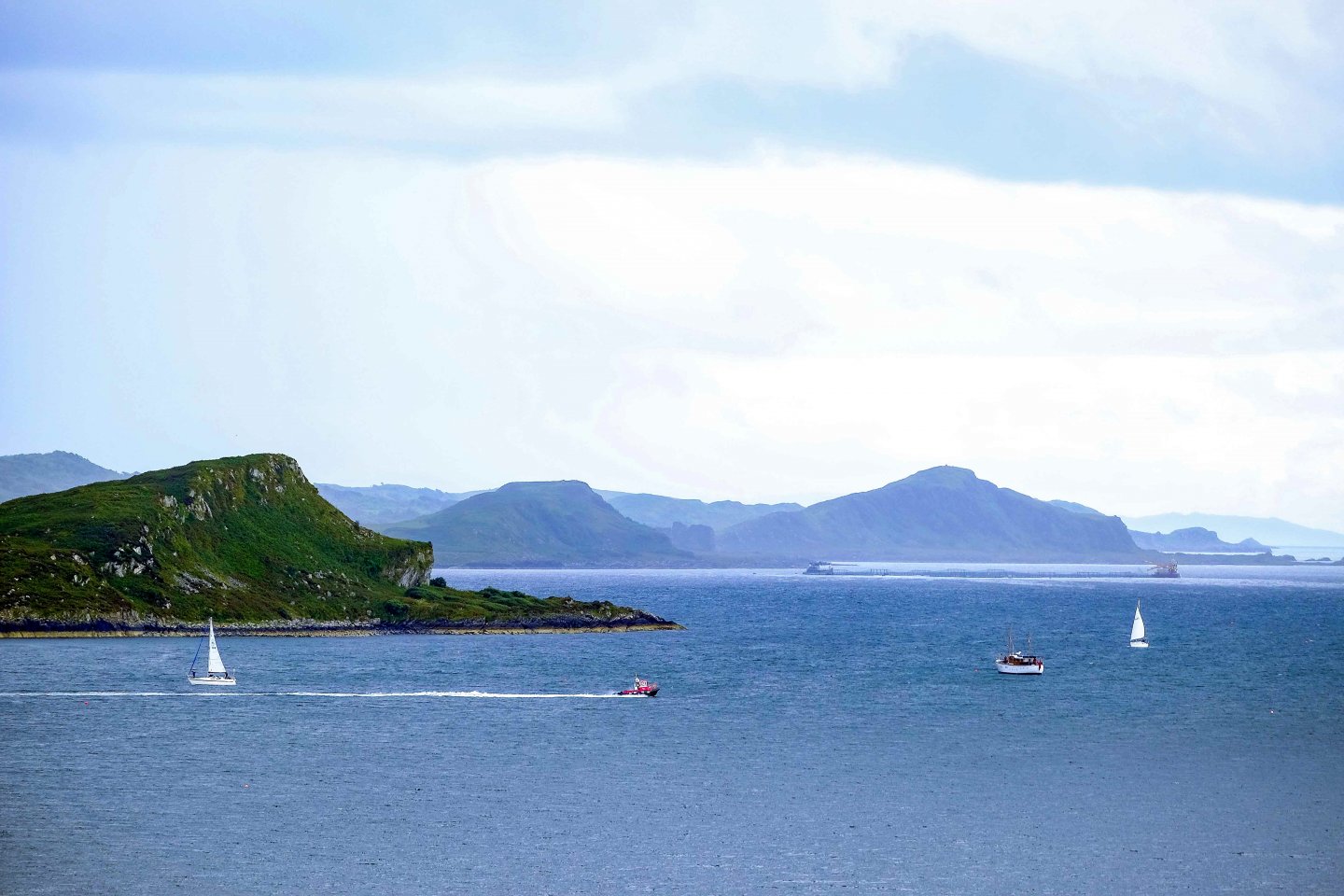 There can’t be many hotels in Scotland with a better view than the Loch Melfort Hotel on the west coast of Scotland. Raised up above the loch side, with only the resident coos, hundreds of bunnies, a few chickens, and plenty of yachts to distract you from watching the ever changing sea, the hotel certainly makes the most of its location on Asknish Bay, just to the south of Oban.

Even with the summer rain lashing against the hotel’s huge picture windows, the view across the loch to the islands of Shuna, Scarba and the Sound of Jura, and the Atlantic beyond is one you will never get tired of.

Once a family home, the Loch Melfort Hotel still retains its late 19th century ‘country house charm’. Owners’ Rachel and Callum took over the hotel in 2008, and over the last 9 years have been slowly and sympathetically upgrading the main hotel building and their lodges on the loch side, previously known as ‘the Cedars’.

The loch Melfort Hotel is a now a ‘country house by the sea’ personified with comfortable lounges, real fires, and photos and mementos on the walls – including the owner’s friendly spaniel who you might meet wandering around the grounds – and three resident highland coos.

Whether you take a room at the front of the main house, or in the modern and refurbished sea view loch rooms, you are guaranteed comfortable 3-star accommodation. If you have a dog, they are also welcome in the ground floor loch view rooms.

We particularly loved the chesterfield sofas in our traditional junior suite, the incredible view from the bed and the telescope for spying on the boats in the bay.

I must admit we slept with the curtains open, and it was perfect bliss to watch the dawn break over the bay. It was a struggle to pull myself out of the deep and comfy bed! 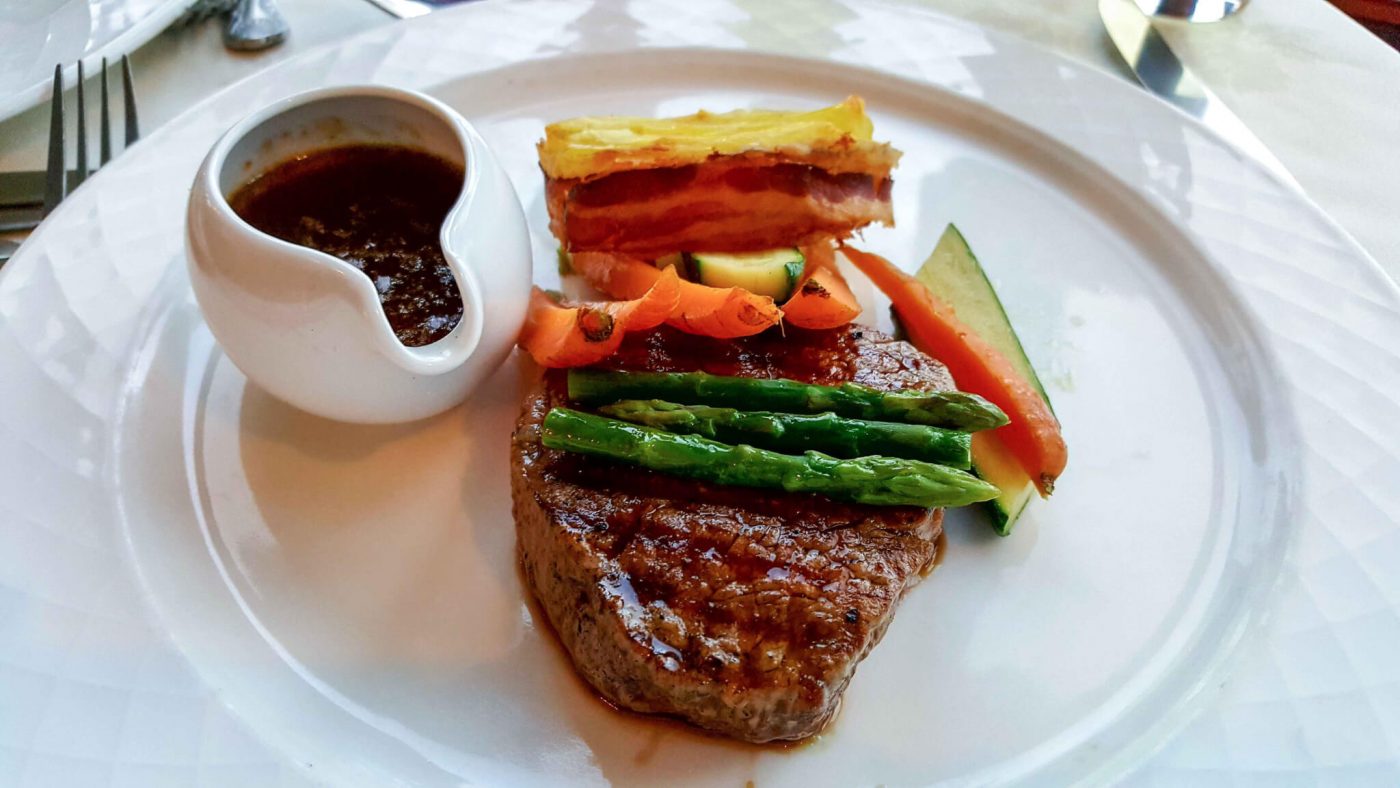 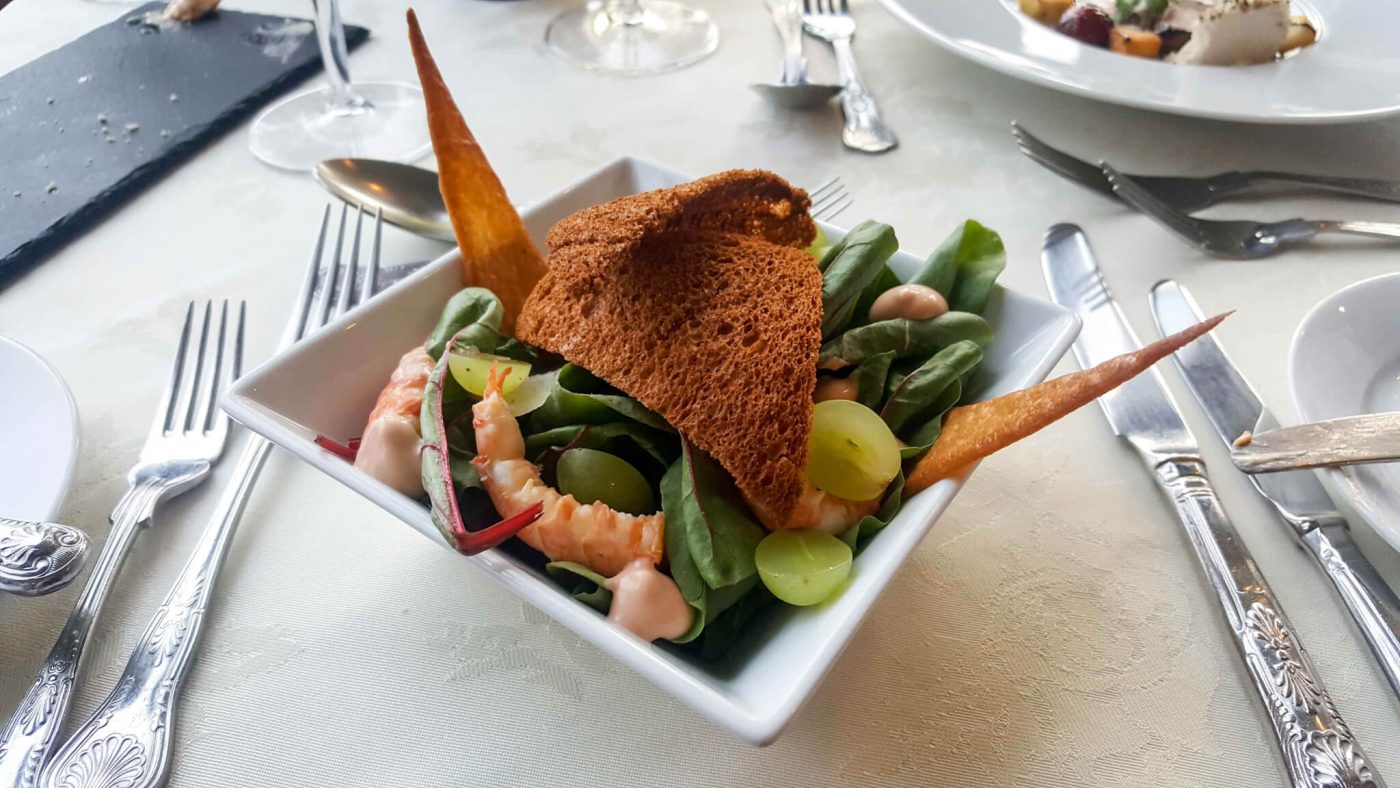 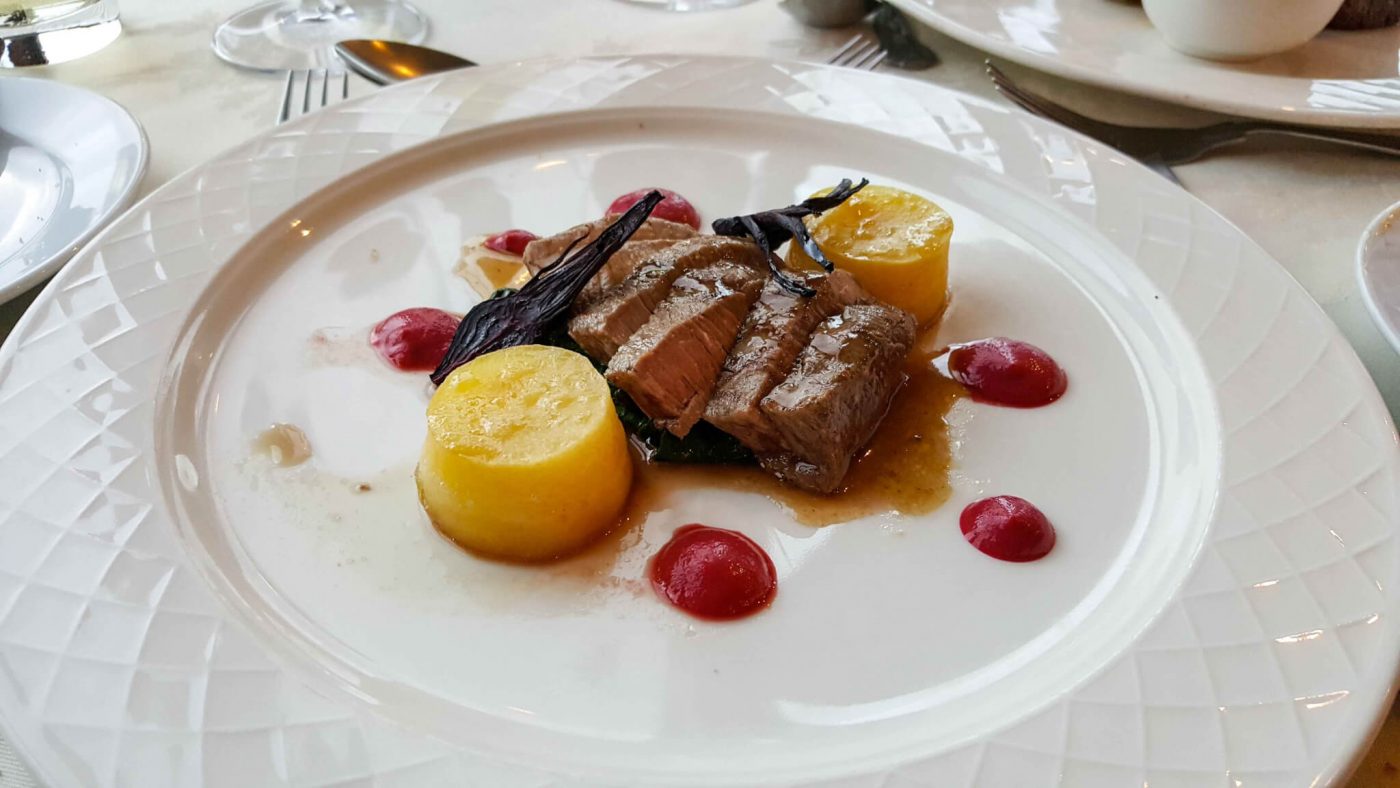 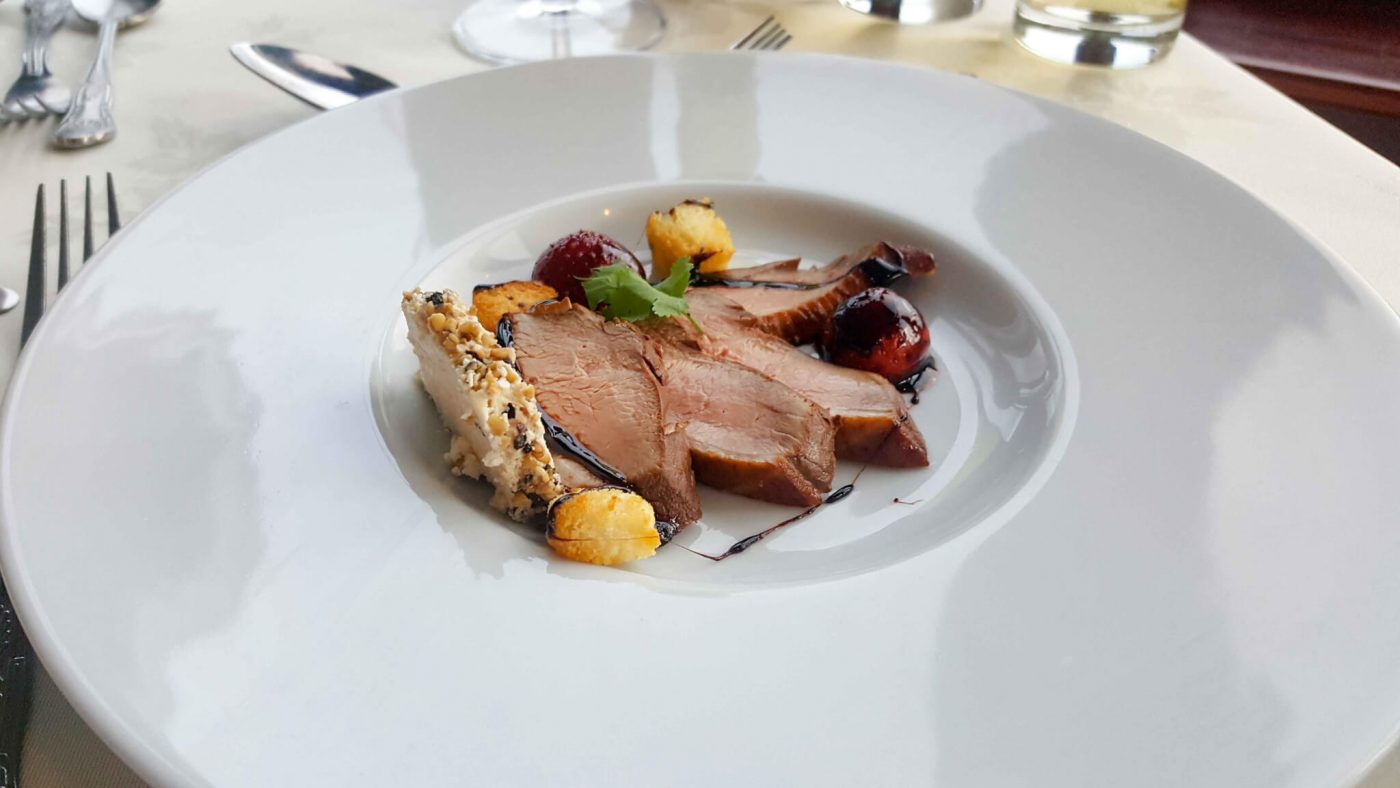 Downstairs, the hotel has two restaurants, the informal Chartroom II bistro which offers a menu focused on what is locally available, and the two AA Rosette Asknish Bay Restaurant. There is also a lovely lounge and well stocked cocktail bar with a great selection of Scottish gins.

The bistro is a popular spot, drawing in customers from the stunning Arduaine Gardens next door, sailors from boats which can moor up in the bay (they have a also have a drying room and showers) and for their twice monthly music nights.

Whist I was rather tempted by the seafood on offer in the Bistro, we’d been lucky enough to snaffle our tea in the Asknish Bay restaurant through an Explore Argyll competition.

We settled down in the lounge in front of that view with a local Lussa Gin from the Isle of Jura. When the island itself appeared through the rain, we gave it a toast.

We were looking forward to our 4-course Table D’hote menu (usually £42) although the restaurant also has a changing a’la carte menu, from which you can order from too, if the set menu doesn’t take your fancy.

We went for the full spread, a smoked langoustine ‘cocktail’, duck with peppery crowdie, juicy lamb with beetroot and a perfectly cooked fillet steak, with a Pinot Noir from the wide ranging, good value and well chosen wine list.

Puddings sadly were out of the question, what with all the little extras the hotel sneaks in, including a soup course (a roasting hot leek & potato) and delicious breads with unusual butters… I only wish I had room for some local west coast cheese! 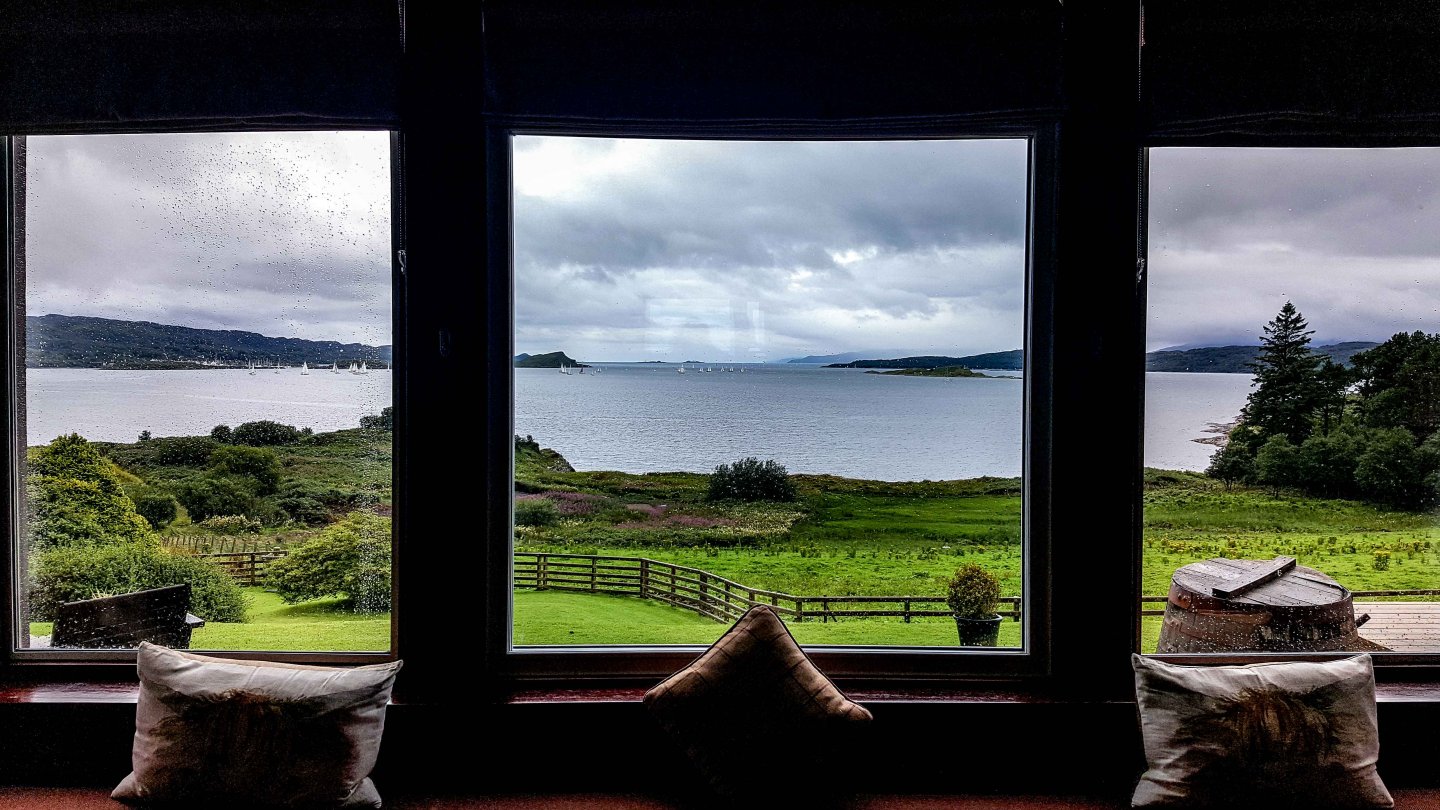 We retired after dinner for coffee in the lounge, where we truly delighted over everything we had eaten. It was a treat to find a chef who knows how to let the actual ingredients be the star on the plate; the cooking was assured and deceptively simple. The Loch Melfort Hotel restaurant certainly deserves its two AA Rosettes.

I just wished we were staying a second night so I could enjoy the bistro just as much!

Things to do at Loch Melfort

If you can drag yourself away from the view, there is plenty to do around the hotel, even in the best of Scotland’s summer weather. The hotel’s location 18 miles south of Oban is perfect to explore this mostly undiscovered part of Argyll. 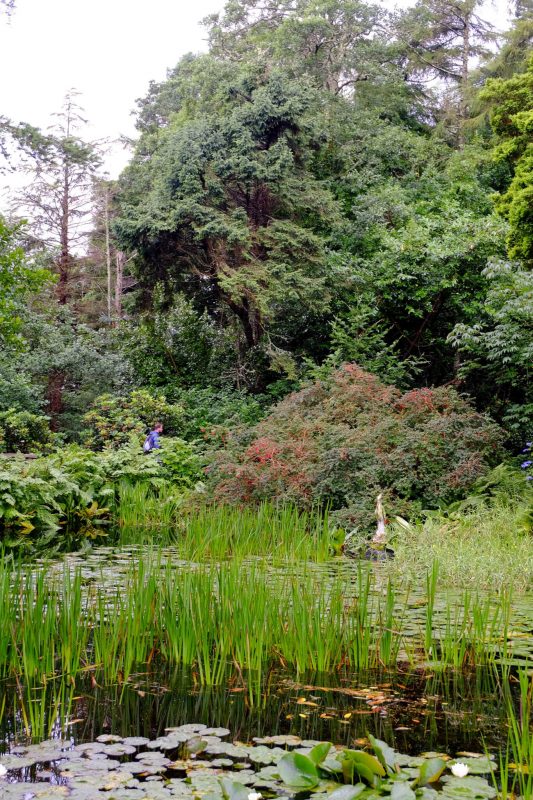 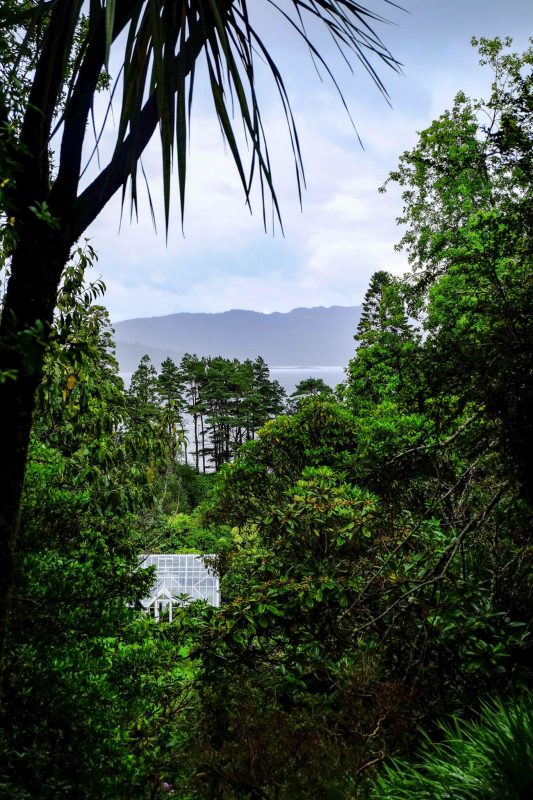 Next door to the hotel is Arduaine Gardens, which is a great place to work up an appetite for all that food. Now managed by the National Trust for Scotland, there has been a garden at Arduaine Point since 1898, when Arthur Campbell built ‘Arduaine House’ which would later become the hotel. The garden was gifted to the NTS in 1992, and now is home to an international rhododendron collection, beautiful woodlands and ponds, living up to its name as the ‘green point’.

Entry can be purchased through the hotel, or is free to NTS members. It is a lovely place to spend an hour or two, and it is worth seeking out the path to the coastal viewpoint, which gives almost as incredible views as the hotel…

To the north is the brilliant seaside town of Oban, with multiple seafood restaurants and ferries to the Isle of Mull, and the Inner Hebrides, closer to the hotel are the Slate Islands, and the Bridge Over the Atlantic. 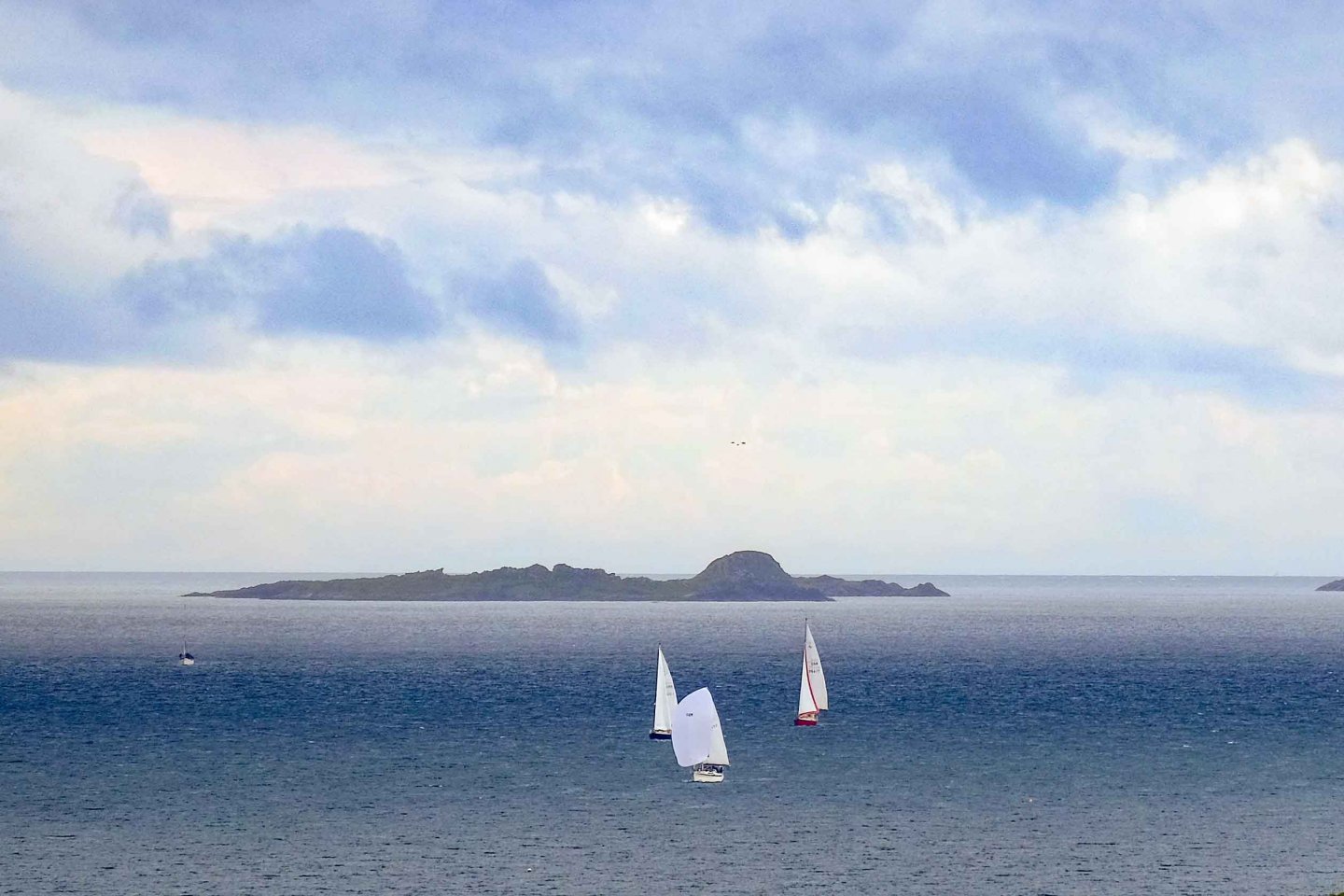 To the south lie the pretty seaside harbour towns of Craobh Haven and Crinan with its canal, as well as further afied Loch Awe, Loch Fyne, and Inverary with its castle and jail which are great for a day trip.

Munro Baggers can climb Ben Cruachan – we had planned a climb, but the weather was rather against us! If you don’t fancy climbing up the hill, the mountain is hollow – it contains a power station – which you can visit.

For archaeology buffs (and Outlander / standing stone fans) Kilmartin Museum and glen is filled to the brim with cairns, monuments, and standing stones, and a great little museum.

However, you might find that you won’t want to do very much, and instead find yourself happily ensconced with a gin and tonic in front of the fire, with your eyes firmly affixed on that view. You wont be the only one, you hopefully find i’ll be back to join you very soon…

You can read more from Love From Scotland on their blog: www.lovefromscotland.co.uk/