A journey through Argyll’s architectural history

When you think about Argyll and the surrounding area, what comes to mind? Coastlines, stunning landscapes, lochs and mountains. Food and drink such as whisky and fresh seafood (well, that’s what we think about anyway!). A diamond pattern on clothing?…Joking aside, our beautiful region is also fantastically rich in its history, design and architecture.

2016 is Scotland’s Year or Innovation, Architecture and Design, which celebrates the creativity, artistry, technology and architecture of this country, past and present. So maybe it’s time we let you in on the secret and gave you a glimpse of the many architectural treasures on offer near Loch Melfort. 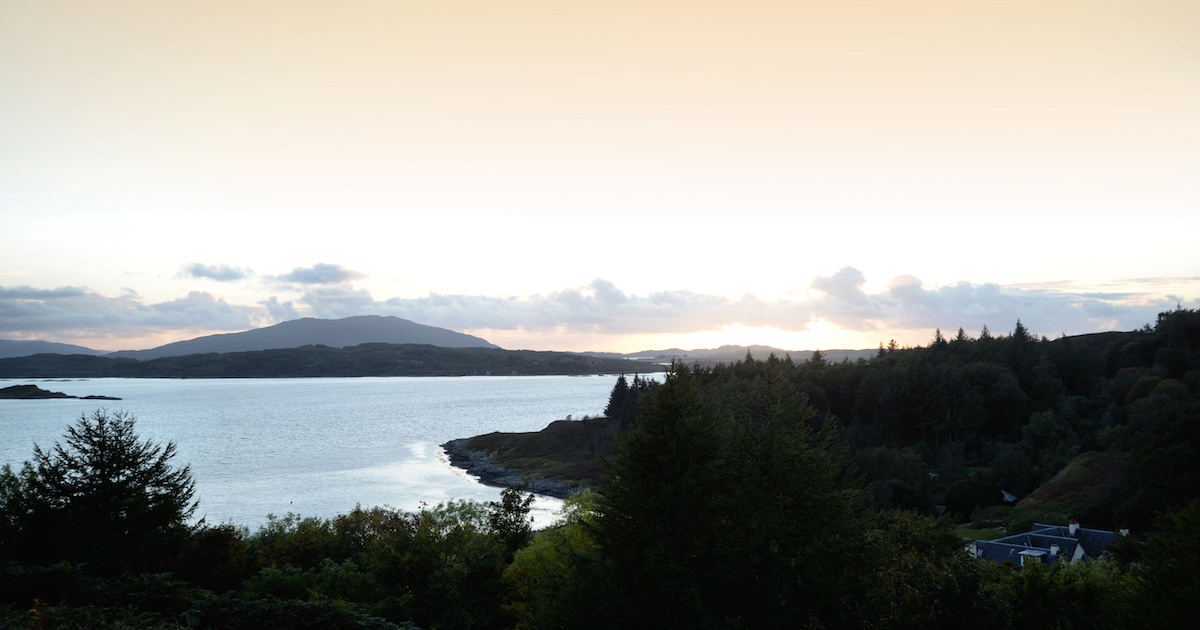 Join us on an historical journey around the region, a journey that starts with one local castle built in the 8th century. Dunollie Castle is based on iron age foundations and was once a proud fortress for the MacDougall clan in Oban. It weathered many storms and a fair few battles, including some against Robert the Bruce in the early 1300s and was forfeited and then abandoned following the Jacobite Revolution. After nearly three centuries of abandon, Dunollie Castle is slowly being brought back to life thanks to some dedicated volunteers and even some American descendants of the original owners. The castle and grounds are undergoing a large regeneration and there is a full community events programme taking place throughout the year, Telling the Castle Story. Well worth a visit and something we will keep you updated on in the coming months. 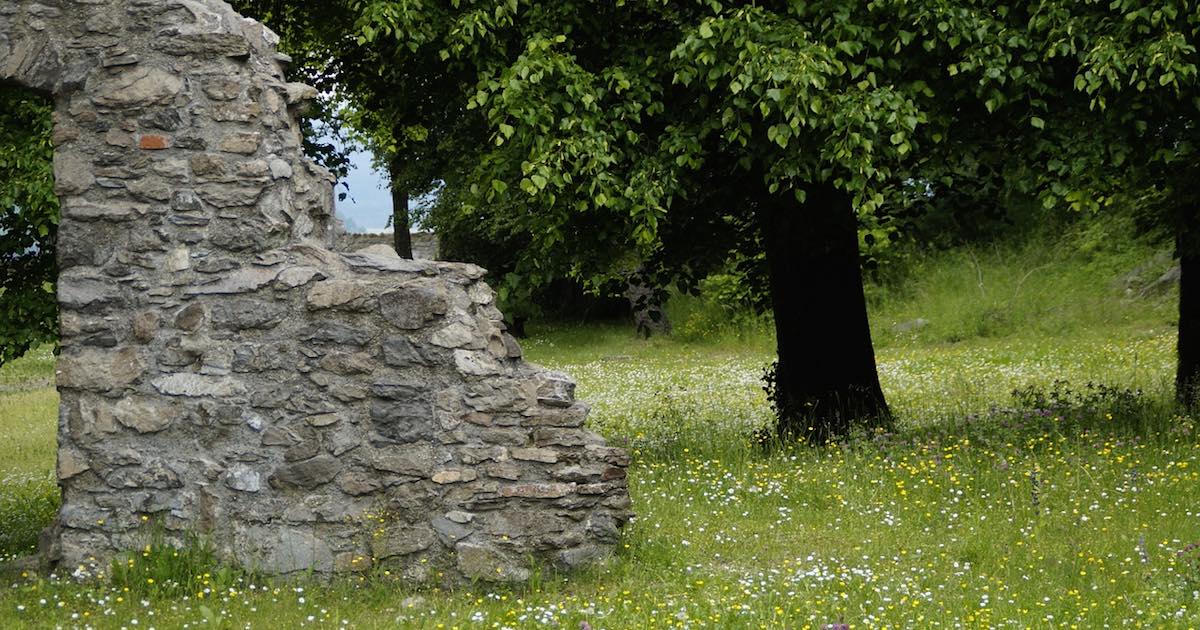 Just as Dunollie Castle’s time as a clan residence came to an end in the 18th century, significant advances in architecture and technology (and some of a castle building frenzy) gifted us a unique legacy left by the great architects and builders of the 18th, 19th century and early 20th century. The 1700s saw many great mansion houses being built across the United Kingdom, and Scotland and Argyll were no exceptions. Architects and landowners spent a lot of time and money experimenting with design and competing with other projects to show their modernity and taste for risk. In the process, they may have destroyed the remnants of a few medieval castles and homes that had stood on the land they used. But no matter: they were building grand and unique houses, in styles reminiscent of earlier architectural movements such as Gothic and Palladian. They also spent time and money on designing quite extraordinary gardens to accompany these new castles. One fine example of an 18th gothic revival design is Inveraray Castle, the ancestral home of the Dukes of Argyll. It was and still is a beautiful example of architectural historical revival. 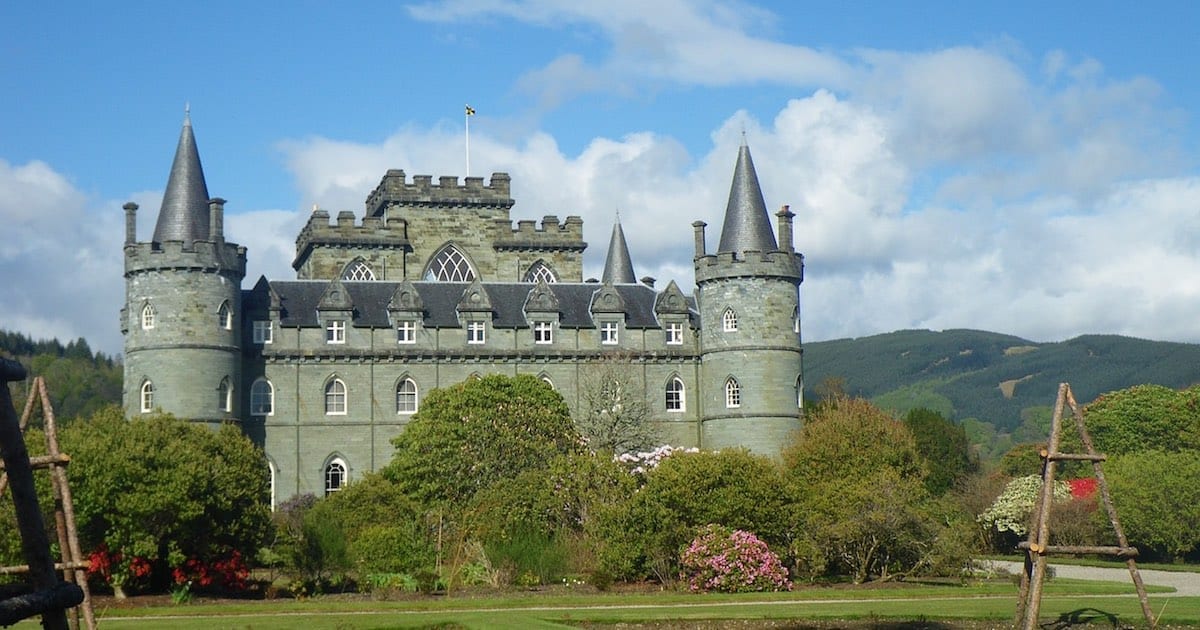 Moving away from the gentry for a minute, Auchindrain Township Open Air Museum, near Inveraray, retains much of the characteristics of a traditional Scottish farm township as they would have been found in the 18th and 19th centuries, where crofters would have lived. This is an open-air experience, self-guided, and with a few farmyard animals to meet for good measure as Auchindrain is still very much a working farm. This is a wonderful way of experiencing Scottish history in a very natural and beautiful setting. In recent years, modern Scottish architectural practices have been using the concept of long houses you will see in Auchindrain to develop contemporary, energy-efficient homes, bridging a few centuries of history and technological development.

THE 19TH AND EARLY 20TH CENTURY

In the 19th and early 20th century, the pace of construction and experimentation increased, with the taste for reviving bygone architectural trends at a peak. The styles ranged from English Jacobean to to Scottish Baronial and a fine example of the latter can be seen at Arkindglas. Completed in 1907 by architect Sir Robert Mortimer, it is a private house and not open to the public but even the exterior is worth a look. It perfectly demonstrates how the period married traditional methods with technological innovation in building and engineering. Ardkinglas also boasts lovely woodland gardens open to the public and a great English/Gaelic Gruffalo Trail for the younger ones.

Quite a few of these grand houses were built by branches of the Campbell family, the most famous of them being the Campbell of Argyll (who became Dukes of Argyll). A Campbell descendant (albeit from the Campbells of Inverawe branch) built Arduaine House and Estate, known nowadays as the Main House of Loch Melfort Hotel, and Arduaine Gardens. And here is a little anecdote for you: the Campbell tartan (green, blue and black) is probably one of the most famous tartans in Scotland and is used by several Scottish regiments including the Black Watch, originally founded by the Campbells. 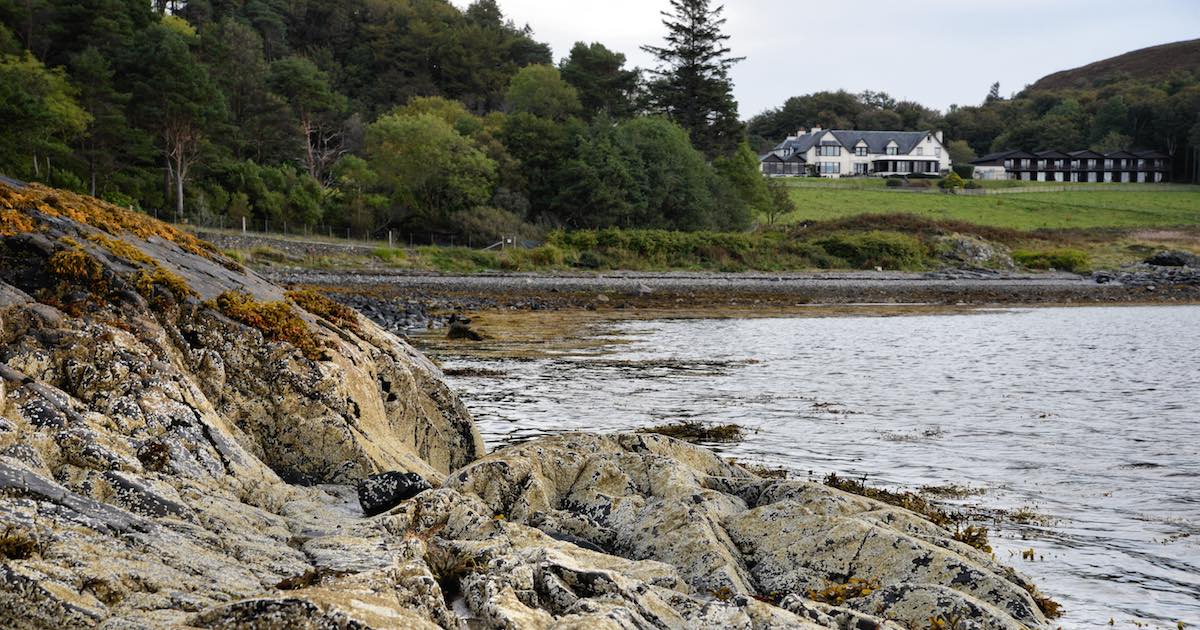 Now, the various movements of 20th century architecture have not always been to everyone’s taste and we all have one building we love to hate (or hate to admit we love). Modernist structures in particular often attract strong reactions from the public. St Peter’s Kilmahew Seminary near Cardross is such a building. Designed and built in the 1960s, it drew inspiration from modernist masters such as Le Corbusier (as per his work on Notre Dame de Ronchamp on the picture below) and Frank Lloyd Wright, whilst remaining firmly rooted in the Scottish tradition of grand baronial buildings and Charles Rennie Mackintosh’s Art Nouveau. Art Nouveau was all about stylised, modernist and symbolic elements, with glass, iron and metalwork and distanced itself from the revivalist movements of the 18th and 19th centuries we mentioned earlier. 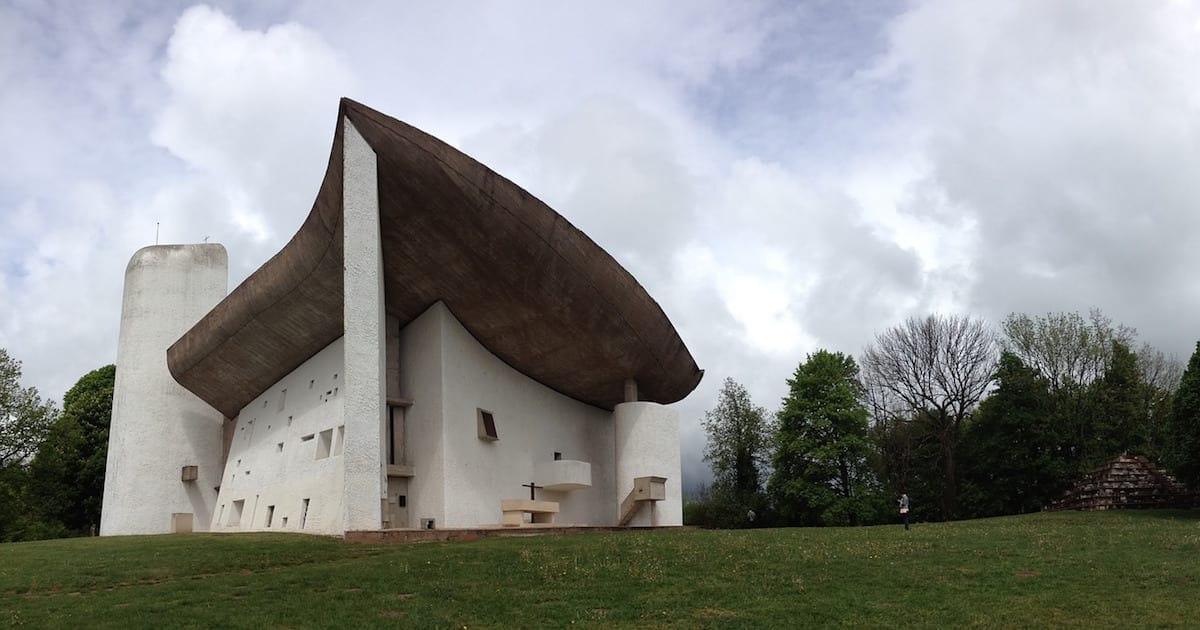 St Peter’s was a very daring building in its day and much lauded at the time for its form and progressive stance, all slightly surprising for a catholic seminary. Unfortunately, it didn’t quite live up to that particular task and was only used for 14 years before being abandoned. One of the main complaints was the fact that it was not weather- or water-proof, with building technology more suited to the South of France than to the Scottish weather. After its desertion in the 1980s, the building became derelict and was often vandalised. After many failed attempts, a number of public and private partners have now come together to regenerate this grand and magnificent ruin in the woods.

So, if you want to take a walk into history and begin to understand how design and architecture developed over the centuries, visit Argyll, you’ll be left wanting to find out more.