[first]We had six French guests join us by helicopter today for a spectacular seafood lunch.[/first]

The buffet consisted of such delicacies as Loch Melfort Langoustines and Tarbert landed Lobster and Crab. The guests had previously visited Islay and where on their way to Gleneagles for the night. 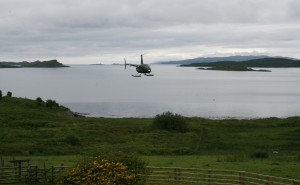 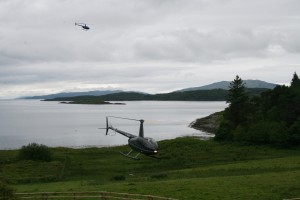 The helicopter landing at the front of the hotel

Our cow fields in front of the hotel often make a perfect landing for those wanting to make more of an entrance!

Preparing for the seafood buffet 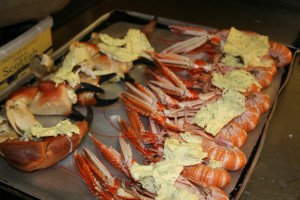 Delicious crab and langoustine as part of the seafood buffet

All of our seafood is landed locally, with langoustines and squat lobsters coming from the waters in front of the hotel.