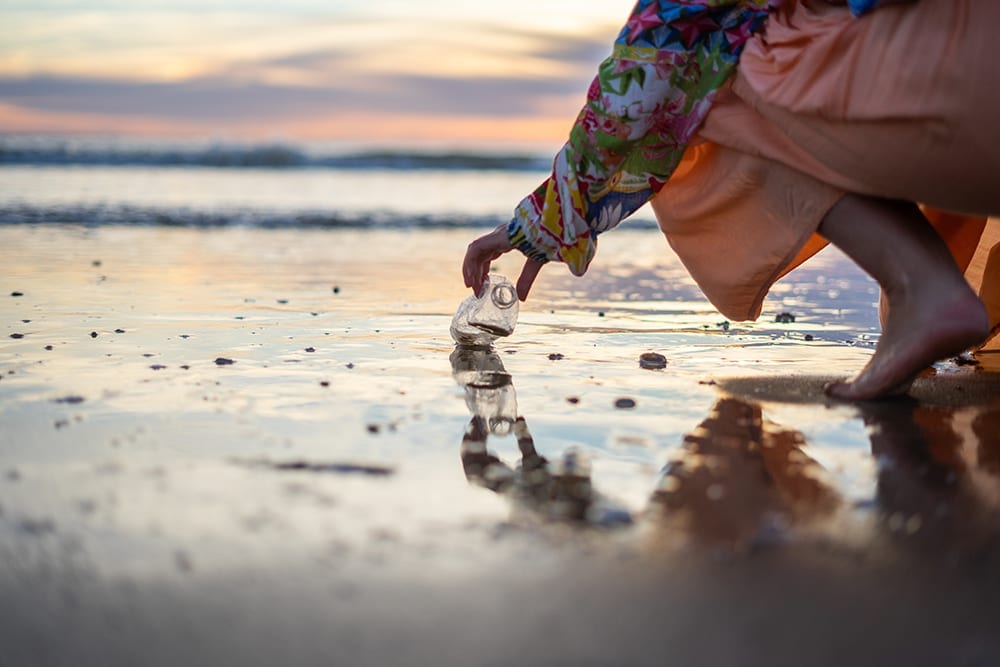 The annual Great British Beach Clean takes place from the 20th – 23rd September 2019. For 25 years this national event has been held to raise awareness and tackle the increasing amount of plastic getting washed up on our shores. Throughout the years, the Great British Beach Clean has resulted in 319 tonnes of litter being picked up from our beloved British beaches, however, there is still so much work to do.

The worlds population is on the rise, inevitably resulting in plastic production and waste hastily increasing. Each year around 8 million tonnes of plastic enters the ocean. This is not only destructive to beaches around the world but also extremely detrimental to marine animals. Over time, environmental conditions cause plastic in the ocean to break down, creating tiny particles called microplastics which attract dangerous toxins. Due to the consumption of microplastics from marine animals, plastic has now entered our food chain.

Although particles can break away from plastic, plastic remains durable and takes thousands of years to dissolve. Images that continue to float media platforms of animals being fatally injured at the hands of plastic have caused major commotion throughout our nation and helped to raise awareness of the issue. The Great British Beach Clean has already helped to make a significant impact by implementing the plastic bag charge and banning microplastic in beauty products.

Scotland’s West Coast is home to some of the most captivating beaches in the world and we are eager to keep them this way. Here at Loch Melfort Hotel, our glorious local beaches are also alive with an abundance of marine life. Help get involved in 2019 and make this year the biggest beach clean yet!

Here at Loch Melfort Hotel, we’re proud of our location on the beautiful West coast Scottish shoreline. Our little pebble beach is packed full or personality, completed by its very own rowing boat ramp. The sturdy rocks in our natural cove-beach make for a wonderful place to enjoy a sunrise or a peaceful sunset.

Between the 20th and 23rd September, collect a bag from the hotel, fill it with rubbish from the beaches around Loch Melfort and return it to our Bistro to claim a free tea or coffee and a piece of home baking. Just a little way we can say thanks!