I dont think the Chartroom II Bistro has ever been busier. First class kids entertainment courtesy of Tiger Aspects film crew hiring in a helicopter to take shots above the Corryvreckan whirlpool, the third largest in the world, for Robson Greens new Channel 5 series Extreme Swimming. 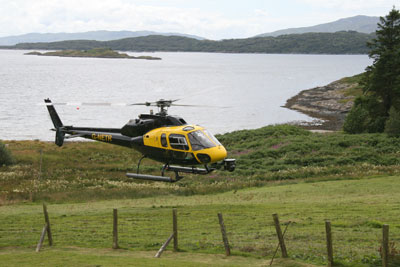 Helicopter Landing in the Field

When the series hits our screens we expect to see stunning footage of not only the whirlpool, but also the many tidal races that lie between the many islands in the Sound of Jura, at least one of which runs faster than the Corry. The scenery here is simply beautiful and attracts outdoor enthusiasts from all over the world for it’s rich marine and island wildlife such as whales, dolphins and eagles and it’s extreme sea kayaking. 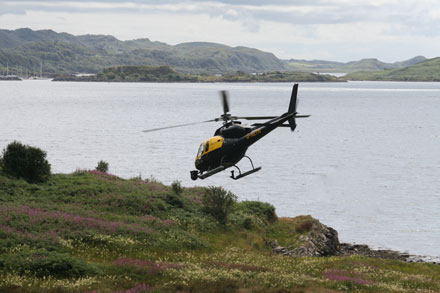 Heading out to the Corryvreckan Whirlpool

The helicopter was in and out of the hotel field for about 4 hours, much to the disgust of the cows! 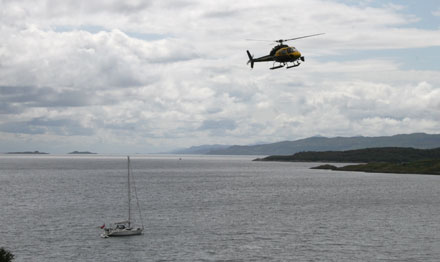 Returning from the Whirlpool