Launched in 2007 by Strathleven Distillers, Valt Vodka was created from the simple desire to use malted barley similar to that used in Scottish whisky to create the worlds first Scottish single malt vodka.

Made from 100% malted Scottish barley and water from the River Spey, no suitable method of distillation existed to produce the desired product, so an entirely new procedure had to be invented. The unique quintuple micro-distillation technique was developed, with repeated distillation helping to produce a purer and smoother spirit. After being distilled using traditional pot stills, the final stage before bottling is a secret charcoal and chill filtration process.

The use of malted barley has resulted in a robust vodka, with rich creamy notes of vanilla and the malted base making subtle heavy notes work through the vodka. On the nose there are hints of barley sugar and cream, with a very sweet taste, described as similar to that of sweet vanilla ice cream. Best served neat, straight from the freezer, with a twist of orange. 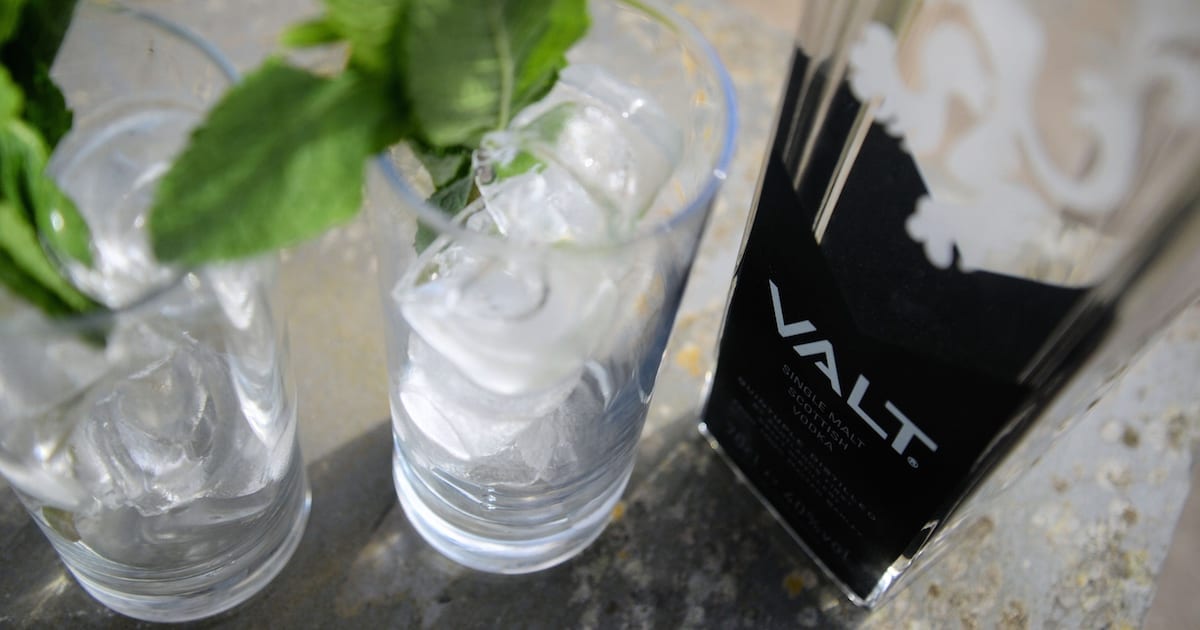