For those of you who didn’t know, one half of the Loch Melfort Hotels Proprietor team, Rachel Ross, was once one of the youngest majors in the British army and even had a tour of Bosnia.

After joining the Royal Logistic Corps in 1996, Rachel quickly rose up the ranks of the food services branch and became one of the youngest majors in the Army at the age of 26.

Her military career included a tour of Bosnia, a high-profiled stint overseeing the food provision of London-based troops and a post as an officer commanding at the Service’s catering school.

When Rachel along with husband Calum bought the Hotel in 2008, Rachel’s logistic skills were put to good use on a daily basis. 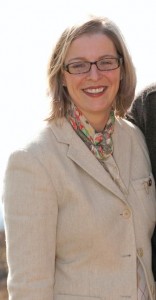