The 2013 Scottish Hotel Awards were held at the Crown Plaza in Glasgow on Sunday 28th April and Loch Melfort Hotel won the coveted Highland Regional award for Romantic Hotel of the Year 2013. Even more exciting, proprietors Calum and Rachel Ross were presented with ‘Scottish Hoteliers of the Year 2013’ an amazing award and really exciting for them both!

Calum and Rachel have owned Loch Melfort for almost 5 years and play very hands on roles front of house; Calum can often be seen welcoming guests whilst taking orders and serving drinks at night and Rachel is heavily involved with sales and marketing and can usually be found behind Reception, pottering around the garden or watering the plants. They both also play a big part in the local community and in the hospitality industry at large, with Calum the Chairman of the British Hospitality Association Scotland and Director of Argyll and the Isles Strategic Tourism Cooperative. 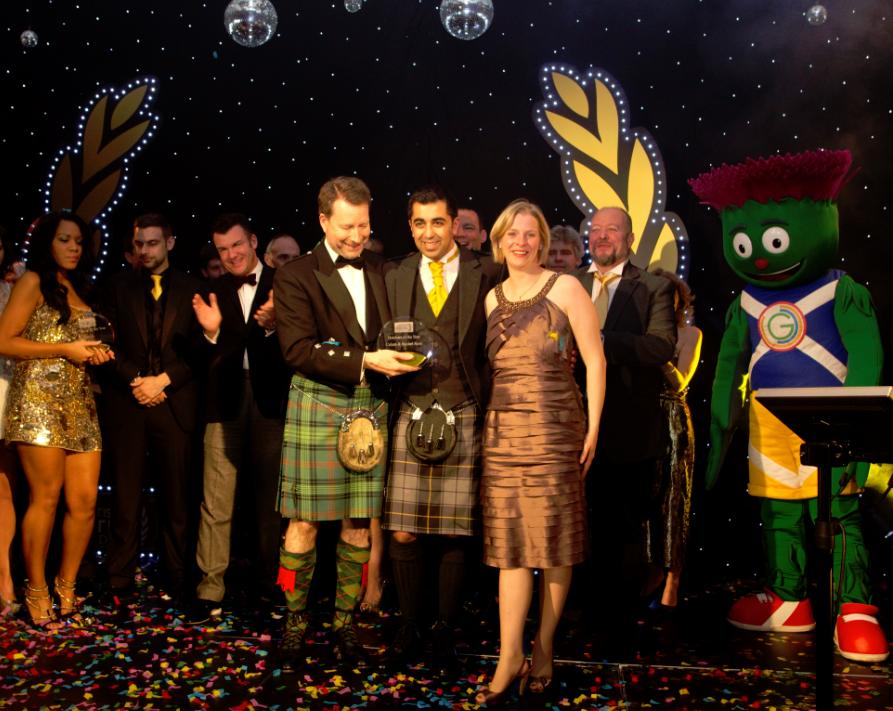 Calum and Rachel Ross accepting their Hoteliers of the Year Award at the Scottish Hotel Award 2013.