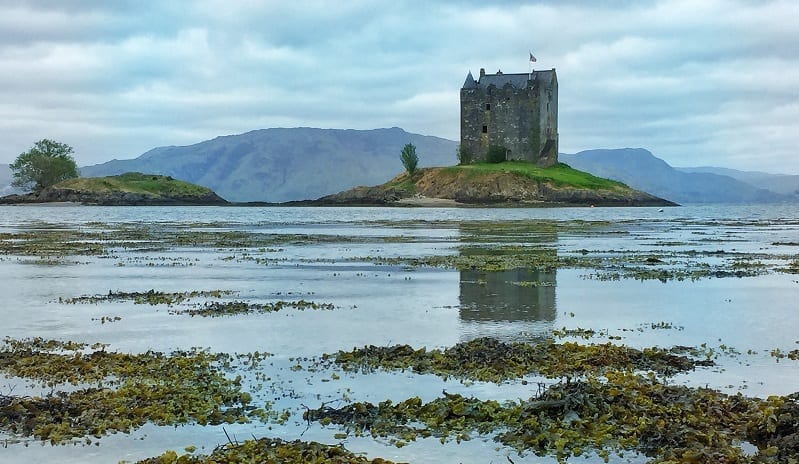 From classic Scottish tales to colourful Bollywood movies, Scotland is no stranger to the film and TV world. With rolling landscapes that change dramatically over such small distances, it’s no wonder movie-makers flock here to create historic narratives and stories of magical lands. In this post, we take a look at some of the coolest Scottish film locations along the West coast.

Scotland has appeared in 4 Bond Films, with SkyFall’s spectacular shots across Glen Etive arguably being the most famous. However, it’s worth noting that long before Daniel Craig donned a tuxedo and strutted across Scotland’s moors, Sean Connery had already suited up on the banks of Loch Craignish. The James Bond film From Russia With Love (1963) used Argyll’s West coast sea loch for the movie’s dramatic final boat chase.

Another mentioned for Sean Connery, this time on the 1999 set of blockbuster movie Entrapment. Proudly defending the cliffs of Mull, Duart Castle is used in the exterior shots of Connery’s safe house (inconspicuous, right?).

“Allo, dappy English k-niggets and Monsieur Arthur King, who has the brain of a duck” – recognise the movie quote?

During the final scene of Monty Python’s Holy Grail, John Cleese fires up his ‘best’ French accent to taunt King Arthur from the top of Castle Stalker. The movie brought the four-storey castle instant fame and it later made a brief appearance in Highlander: Endgame. Despite being privately owned, Castle Stalker is open to the public at selected times during Summer months. The West coast drive to the castle is a pretty one, throwing up pebbled beaches and views across the isles of the Inner Hebrides.

Keen dino fans might have already noticed Loch Long’s movie debut in the fifth instalment of the Jurassic Park film series. Glen Mallan Jetty was used for the footage of dinosaurs being loaded onto ships and can even be seen in the movie’s trailer.

The Old Man of Storr – Prometheus and The Wicker Man

Often described as other worldly, the Old Man of Storr on Skye’s Northern peninsula is one of the most iconic Scottish film locations. Its rocky pinnacle is the starting point for Ridley Scott’s Alien prequel, Prometheus, whilst birds eye views of the Storr set the opening scene for cult classic The Wicker Man. Be sure you pack some strong walking shoes, the terrain if often loose and damp. 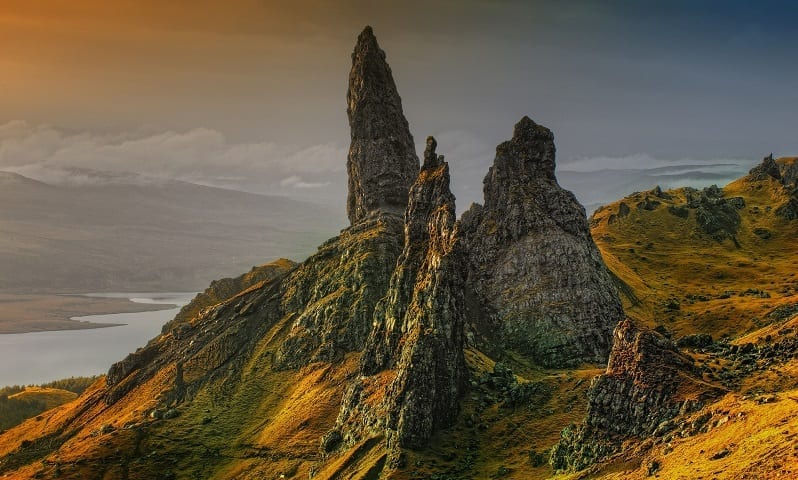 Ok, so technically not a movie, but Downton Abbey has drawn such an enormous audience that we thought we’d get away with adding it to this film location list. In the two-hour Downtown Christmas special, viewers saw the family head North to visit their relatives at the fictional Duneagle Castle. Inverary Castle’s dining hall, armoury and loch all had their time in the spotlight, giving the location a sizeable tourism meal ticket.

J.K. Rowling is at least partially responsible for part of Scotland’s recent boom in tourism. The real-life Hogwarts Express, aka, The Jacobite Steam Train is a must see for every Harry Potter devotee. Fans of the series can hop aboard the steam train for a 2-hour round-trip journey, riding over the Glenfinnan Viaduct and past incredible views across Loch Nevis. Super-fans will be delighted to learn that the area of Glen Coe was also used for location of Hagrid’s hut, meaning you can tick off multiple spots in one go! 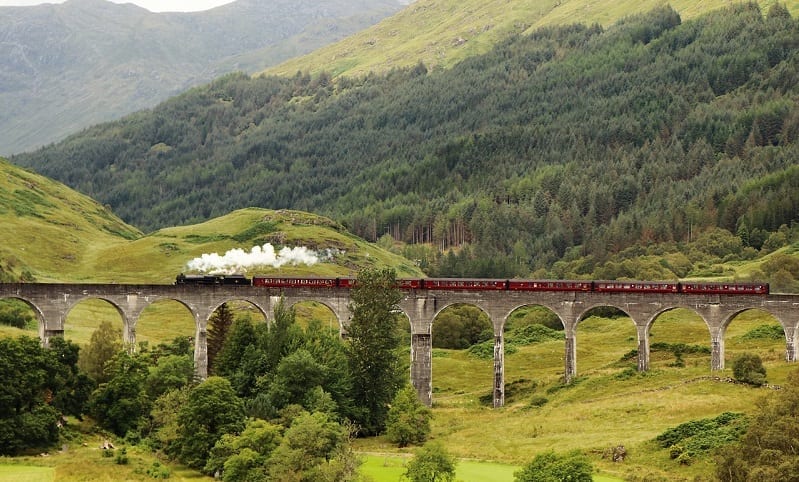 Looking for a base to visit these spots from? Most of them can be visited in a day trip, starting from our hotel on Argyll’s West Coast. Take a look at our Main House and Sea View rooms.