Calum Ross, Proprietor of Loch Melfort Hotel, has been voted number 32 in Hot Scots Power 40 list in conjunction with Caterer and Hotelkeeper Magazine. 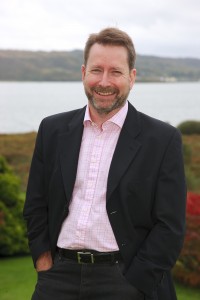 The list highlights the 40 movers and shakers who are having the biggest impact on the tourism industry in Scotland, as well as passionately flying the flag for their country further afield.

Calum has been proprietor of Loch Melfort since 2008 when he, and his wife Rachel, undertook an extensive refurbishment of the 25-bedroom property. Since then it has achieved VisitScotland gold star status among many other accolades such as Small Country House Hotel and Romantic Hotel of the Year at The Scottish Hotel Awards.

As well as running a successful hotel with Rachel, personally he was elected chairman of Argyll and The Isles Strategic Tourism Partnership in April 2012 along with being a director of BHA UK; a director of the Scottish Tourism Alliance; chairman of the Arduaine Garden Support Group and vice-chair of the Oban and Lorn Tourism Association.