The beginnings of Loch Melfort Hotel as Arduaine Estate

The history of the Hotel is intertwined with the National Trust for Scotland Arduaine Garden next door. Arduaine House was built in the late 19th Century and first became a hotel in 1967, when the Campbell family sold the house and grounds to Colin and Jane Tindal.

The Campbell family retained the name Arduaine House and used it to name the new building in the high grounds above the Hotel; with the original house renamed to Loch Melfort House.

“In May 1897, I purchased the three farms, Asknish, Kilbride and Barnlannich, from Colonel McIver Campbell Lochgair. A part of the bargain was that I was not to call myself Campbell of Asknish, I called the Estate “Arduaine”, i.e. the “Green Point”, from the greenness [sic] of the point on “Asknish Farm” on which Arduaine House is built.”

So wrote James Arthur Campbell in 1903, in the opening paragraph of the book in which he recorded the planting operations on the Arduaine Estate. The lands of Asknish had been in the hands of the Mclver Campbell’s since the sixteenth century, if not earlier.

J Arthur Campbell, who was born in 1850 and brought up in Lochgilphead, was a descendant of the Campbell’s of Inverawe. While a student at Cambridge he spent some time as a diamond prospector in South Africa. Later he owned tea estates in Ceylon, before returning to Scotland in the mid-1880s, staying in Ardrishaig. Family tradition says that he sailed the west coast with his wife Ethyl, looking for the right location to build a house. Another story states that while shooting on the island of Jura he was attracted to the green point of Asknish shining in the sun over on the mainland. As a result of either or both events, Arthur Campbell and his wife decided to purchase the Argyllshire promontory, which was later to be called Arduaine.

“I wished to commence operations for laying out a Garden & building in the summer of 1897,’ he continued, ‘but the farm Tennant [sic] Mr MacKechnie would not allow me to do anything till his lease was up on the 28th May 1898. In the summer of 1898 Mrs. Campbell and I came here in our yacht Calisaya and lay in Asknish Bay for some days – we then fixed definitely the sites for the House, Stables & Garden … I then moved up from Kilbride a two roomed wooden building which I had erected there the previous year for a Keeper & put this up in one comer of the Garden as a tool shed and put a stove in it and used one room as a “bothy” for a man to live in” Simpson (his gardener at Ardrishaig) and the man then fenced in the ground laid off for the garden with a wire fence and rabbit netting and then commenced to lay off this Garden.’

A note in the margin records: ‘1st sod of the Garden was turned in August 1898’. In an early count of trees on the estate he records a total of 92, most of which were concentrated on the inland side of the promontory, towards the main road. At that time the ‘green point’ itself was almost bare of trees, apart from ‘7 Ash trees at back of Garden’ and ‘about a dozen stunted oaks on the hills near the garden’.

In September 1898 Campbell began work on the building of ‘Arduaine Mansion House’, but owing to dubious practice on the part of the contractor, the partly completed building had to be demolished and rebuilt.

First to be laid out was the Inside garden, a vegetable and flower garden, which was enclosed in 1902 by a stout wooden fence. At some later stage instructions on the setting out of the paths and beds in the lower part of the garden were apparently issued by Mrs. Campbell from the top of the knoll outside the garden gate!

Shelter planting for the woodland garden was begun in the autumn of 1898, when the Glen was fenced and planted with Douglas firs, which were quickly destroyed by rabbits! The first bamboos were planted in 1903; tree planting continued at least up to 1907 and the word ‘rhododendron’ is first mentioned in 1908, when some cricket-bat willows were planted ‘among rhododendrons in a small clearing’ at the top of the Glen. Apart from the mention of ‘… the importing of Himalayan rhododendrons in tea crates’, and ‘ … some trees were brought from California after a winter visit to Carmel-Monterey’, the main records remaining of Campbell’s ornamental plantings detail his rhododendron collection in the late 1920s, showing some 220 kinds growing at Arduaine at that time, mostly species.

Before his death in 1929, J Arthur Campbell would have seen his garden beginning to take shape, but it was left to his son Bruce, who took up residence at Arduaine after the death of his mother in 1936, to safeguard the garden’s future.

As time went by the advancing age of these hard-working volunteers made it necessary to reconsider the future of both the garden and the house, and the decision was made to find an interested buyer who would be able to keep the garden going as a separate concern from the house itself.

The house was sold to Colin and Jane Tindal who set about turning it into the Loch Melfort Motor Inn, firstly with the addition of the Cedar Wing extension and then the Chartroom Bar.

Brigadier Sir Bruce Campbell died shortly after his wife in 1954, and was succeeded by his son Iain, who with his wife Colena took up the challenge of the ever-maturing garden. Though both took a great pride in it, Major Iain was heavily involved with the affairs of Scottish agriculture, and it was Colena, along with Jean and Miss Yule, who persevered with the running of the garden.

As time went by the advancing age of these hard-working volunteers made it necessary to reconsider the future of both the garden and the house, and the decision was made to find an interested buyer who would be able to keep the garden going as a separate concern from the house itself.

The house was sold to Colin and Jane Tindal who set about turning it into the Loch Melfort Motor Inn, firstly with the addition of the Cedar Wing extension and then the Chartroom Bar.

The continuing story of Arduaine Gardens

In 1971 the garden passed into the hands of Edmund and Harry Wright, former nurserymen from Cranham in Essex, who were engaged in the creation of a garden at Duror, in Appin, about 40 miles to the north of Arduaine.

As a result of storm damage over a number of years, much clearance work was necessary before the Wrights could forge ahead with the development of the garden. They dug new ponds, replanted and expanded beds and greatly increased the already considerable rhododendron collection with both species and hybrids. It is entirely due to their persistence and hard work that the garden has continued to be a Mecca for rhododendron enthusiasts and garden lovers alike. However, by the time the Wright brothers were in their 70s, they decided that they could no longer cope with the work alone, and so the garden was gifted to the National Trust for Scotland in 1992.

The National Trust for Scotland

The National Trust for Scotland (NTS) accepted the garden, in view of the national importance of its plant collection and design, and the threat to its future, as a gift without endowment. An immediate appeal was launched to assist with the creation of an endowment fund to cover the costs of managing the garden into the future. However, with rising costs and lowering investment returns, in March 2009 the National Trust announced the potential closure of Arduaine Garden.

Calum Ross, who had by then purchased Loch Melfort Hotel, and a few other local supporters of the garden, joined forces to create the Arduaine Garden Action Group (AGAG).

Their primary objective was to secure a reprieve from the closure proposal for the garden. They organised a very successful, speedy campaign of letters/emails/press coverage and a 4000 strong petition. The NTS agreed to meet with the group in early April and in May a reprieve was announced. Throughout the summer months the group met with the NTS regularly and in September agreed a new three-pronged strategy to try to save the garden for future generations. The AGAG organised a public meeting and became the Arduaine Garden Support Group appealing for all interested parties to join the AGSG for a small annual membership fee and/or donate their time or skills. 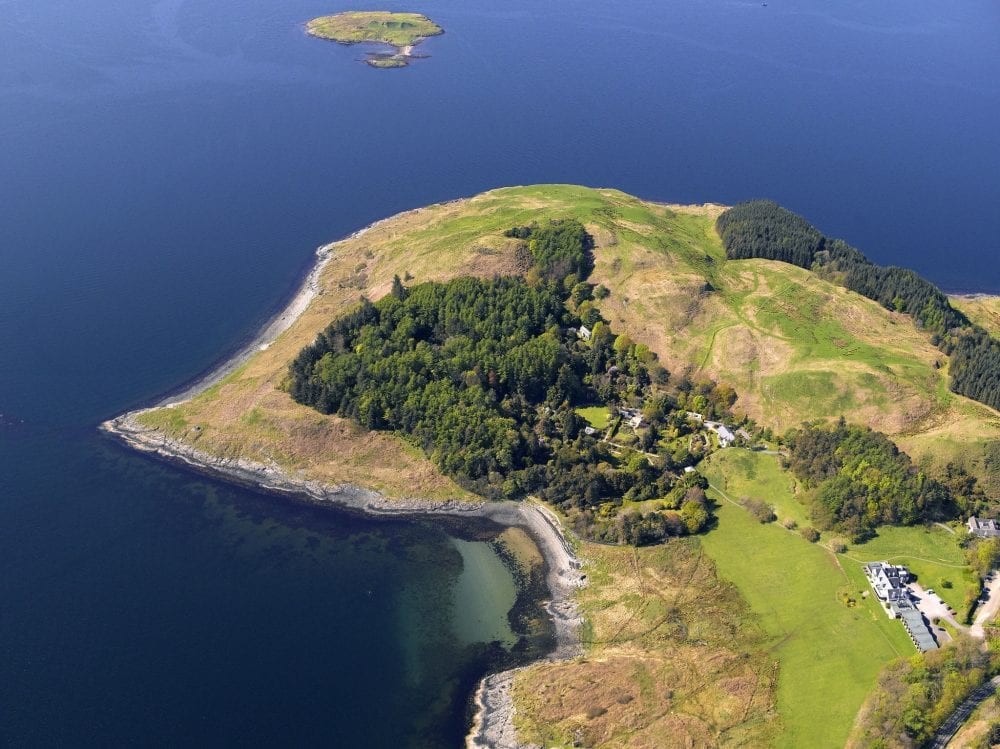