All these Islands are perfect for a day’s exploring, with regular ferries in operation.

Once owned by the MacDougall Clan and only a 5 minute crossing from Oban, it is a perfect day trip with Kerrera Tea Garden and Bunkhouse, Gylen Castle and Oban Marina to explore. There are two main paths to follow; the southern circular route, around 3-4 hours and northern route which has a much harsher terrain.  Stunning views can be seen across to Mull on its West coast from either route. 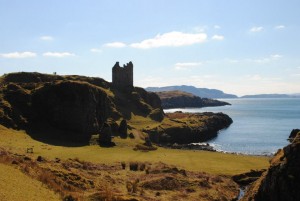 For the wildlife and bird enthusiast – wild goats, buzzards and otters can be seen – Gannets dive off the south and west of the island and seals, porpoises and minke whales are often spotted offshore. Sea and golden eagles also visit the island.

The public ferry to Kerrera leaves from a slip two miles south of Oban along the coast road. Car Parking at the ferry is free. There are frequent sailings during the summer season. 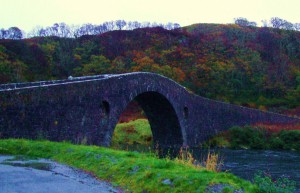 Bridge Over The Atlantic, Isle of Seil

Once home to a thriving slate industry, now these islands are a wonderful place to explore. From the main A816 road you follow a winding, often single track road then cross the quaint ‘Bridge over the Atlantic’, the only bridge to cross the Atlantic Ocean, over to Seil island. The first landmark on Seil is the Tigh an Truish Pub – Tigh an Truish means ‘house of the trousers’ and comes from the period after the 1745 Jacobite rebellion when kilts were banned. Islanders heading for the mainland are supposed to have stopped here to swap their kilts for trousers. There are a number of walks on Seil including Puilladobhran (the Pool of the Otters) just behind the pub. 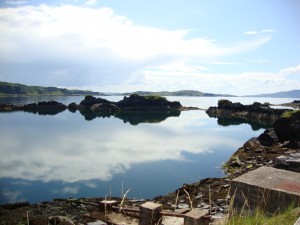 As you travel across Seil, a fork in the road will take you either to Cuan where the ferry to Luing departs, or Ellenabeich, an old slate mining village where a small boat takes you across to Easdale. At the peak of the slate mining industry, Easdale had a community of more than 500 people working as many as seven quarries. Nowadays the quarries are used to host the World Stone Skimming Championships every September.

Easily accessible from Oban or Appin, Lismore is a long, narrow low lying island perfect for walking or cycling. The island is tranquil and unspoiled, surrounded on all sides by stunning mountain scenery; from Ben Nevis in the north (snow-covered in winter) and the Glencoe hills, to Ben Cruachan, the hills of Mull to the south and Morvern to the west. The island is steeped in history, particularly religious history, having been the seat of the Bishops of Argyll; with a Cathedral church, dating from the 13th century, partly surviving in the present Church of Saint Moluag.

Lismore Gaelic Heritage Centre was built in 2007 and once more put the Gaelic language and culture at the heart of Lismore. 13th century ruins of Castle Coeffin, and the iron age broch of Tirefour Castle can also be seen. 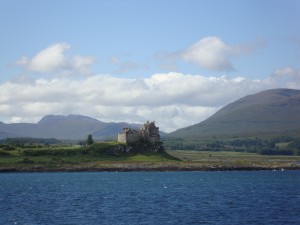 The second largest Island in the Inner Hebrides, Mull has a great deal to offer; with world renowned Tobermory whisky distillery, Duart Castle the seat of Clan Maclean, glorious beaches such as Calgary on the West coast and not forgetting the much loved children’s TV show Balamory filmed in Tobermory.

There are five other castles on Mull: Aros, Moy, Torosay, Glengorm and Dun Ara. 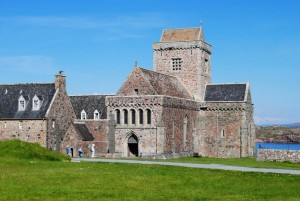 Mull is a haven for wildlife, with the White Tailed Sea Eagle and Golden Eagle not an uncommon sight, the shores are also home to Seals and Otters and a number of sea birds such as Guillemots and Red Throated Divers.

A stone’s throw off the coast of Mull is Iona, the centre of Christianity in Scotland and known for its Abbey founded in 563AD by St Columba. The island also has some fantastic white sandy beaches such as Columba’s Bay and Port Ban. 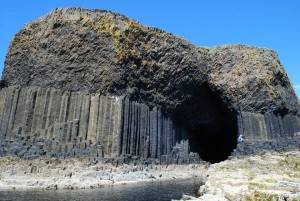 Despite being only half a mile long and quarter of a mile wide and completely uninhabited, Staffa has been a source of inspiration for countless visiting artists over the centuries. Famous for its basalt formed cave and a haven for puffins and gannets, this National Trust for Scotland owned island is a wonder to behold.