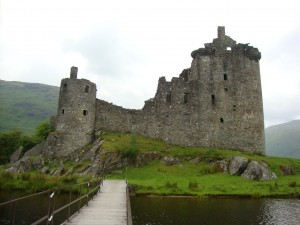 One of Scotland’s iconic castles, Kilchurn sits at the northern tip of Loch Awe. Built around 1450 by Sir Colin Campbell, first Lord of Glenorchy, Kilchurn’s architecture started to change in 1690s. In 1681, Sir John Campbell of Glenorchy was made first Earl of Breadalbane and spent much of the 1690s converting Kilchurn Castle into a modern barracks capable of housing 200 troops.  In 1760 the castle was badly damaged by lightning and was completely abandoned.

It is now in the care of Historic Scotland and free to enter all year round.
Although not signposted, the car park is located off the A85 at the top of Loch Awe. A view point is located looking across the water on the A819 leading down to Inveraray and Ford. 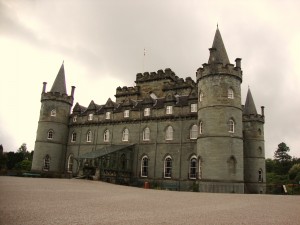 Currently home to the 13th Duke and Duchess of Argyll and the current seat of Clan Campbell, Inveraray Castle is based on a design by the architect behind Blenheim Palace and Castle Howard. Originally built for the 2nd Duke in 1700’s, there has however been a castle on this site since the 1400’s. It is now widely known as Downton Abbey’s summer retreat, after the 2012 Christmas episode was filmed here.

The castle gardens and grounds are extensive and well worth a visit whatever time of year. A number of walks lead up from the castle into the grounds and woodlands overlooking Loch Fyne. 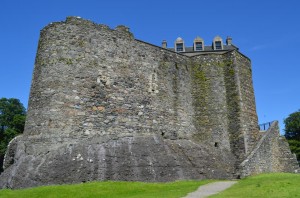 Built in the 13th century on a huge rock platform overlooking the Firth of Lorn, Dunstaffnage was once the stronghold of Clan MacDougall, Lords of Lorn.

Flora MacDonald, who helped Bonnie Prince Charlie to escape from Scotland, was briefly imprisoned here while en route to imprisonment in London.

Now run by Historic Scotland and open all year round. The castle and grounds offer impressive views over Dunstaffnage Marina and out across the sea. 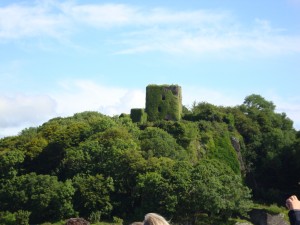 Dunollie Castle is the current seat and ancestral home of Clan MacDougall. There have been fortifications on this site since the early Middle Ages with excavations showing the current castle dating back to the 13th century.

In 1746, the MacDougalls abandoned Dunollie Castle and built Dunollie House, just downhill from the castle ruins. Dunollie House is now looked after by the 31st Clan Chief, Madam Morag MacDougall of MacDougall. Standing guard over Oban Bay, the ruined castle and attached museum and cafe provide a great day out within Oban town centre, with views looking out towards Kerrera and Mull. 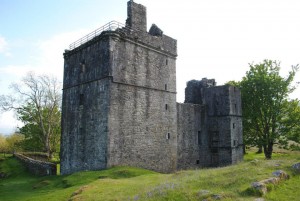 Carnasserie Castle is a ruined 16th-century tower house located just over a mile north of historic Kilmartin Glen. The castle was built in 1565 by John Carswell, Rector of Kilmartin and later Bishop of the Isles. Although the castle was theoretically built for Carswell’s patron, the Earl of Argyll, he intended it as a personal residence for himself.

After Carswell’s death in 1572, the castle passed to his patron, the Earl of Argyll. Later, in 1643, the 8th Earl of Argyll sold Carnasserie into Clan Campbell when Sir Dugald Campbell, 3rd Baronet of Auchinbreck purchased it. Following the 9th Earl’s failed uprising in support of the Monmouth Rebellion, against James VII in 1685, the castle was blown up by Royalist forces. Although the outer walls remain largely undamaged, the ruins were never repaired.

It is now in the care of Historic Scotland and free to enter all year round. Combine your visit with a trip to Kilmartin Museum and the ancient standing stones, cairns and cup and ring marks located throughout the glen.