10 of the best places to visit in north west Scotland

Perhaps we’re a little biased, but we wholeheartedly agree with the familiar Scottish statement, “West is best”. For such a small space, the west of Scotland packs a real punch, offering up everything from island adventures and majestic Munros to white-sand beaches and crumbling castles. The only thing you need worry about: how to fit it all in?

To help you make the most of your travels across our favourite part of Scotland, we’ve listed 10 of the best places to visit on the Scottish north west coast …

Movies such a Skyfall and Braveheart have only added to the enthusiasm that tourists have for Glen Coe (arguably one of Scotland’s most remarkable valleys). Cutting through the mountains and striking moors (carved out across thousands of years), visitors to the area can tick of a multitude of Munros and enjoy some of the best views that Scotland has to offer. For that famous Skyfall ‘location’ photograph, take a detour down the turn off to Loch Etive. 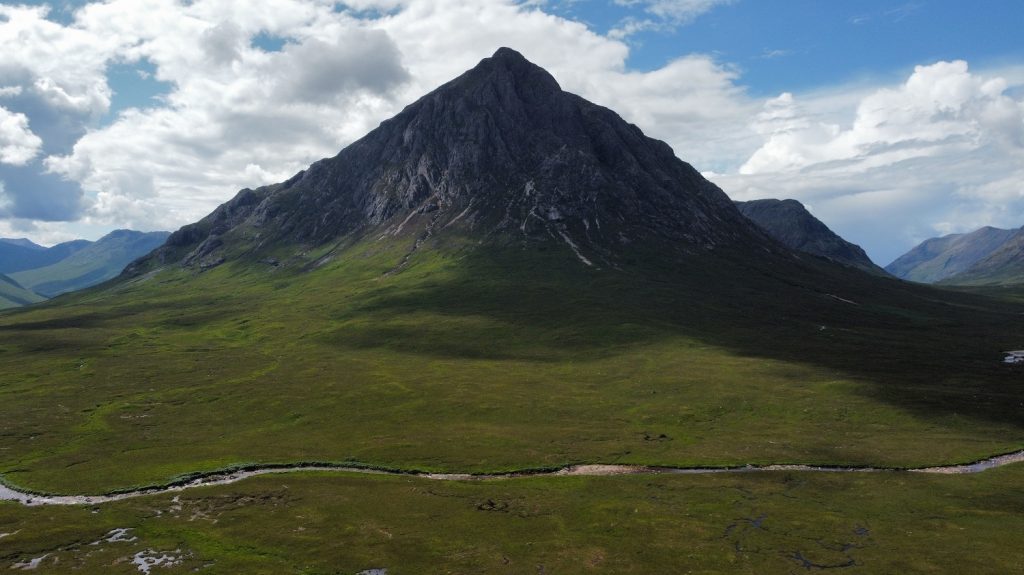 Scotland’s ‘Gateway to the islands’ is a busy hub for boats tours and ferries, shuttling visitors to islands across the Inner Hebrides. The charming promenade is bustling with explorers looking to sample the flavours of the freshly caught seafood stands, and there’s no shortage of ice-cream on a sunny day.

A walk up to the prominent McCaig’s Tower rewards ramblers with panoramic views across the town and waters of the west coast, and its night-time illuminations are worthy of a second visit during the shorter days. If you’re looking to give legs a rest, the Oban whisky distillery tours provide a relaxed environment in which to learn more about the whisky making process, whilst sampling some of Scotland’s best single malts. 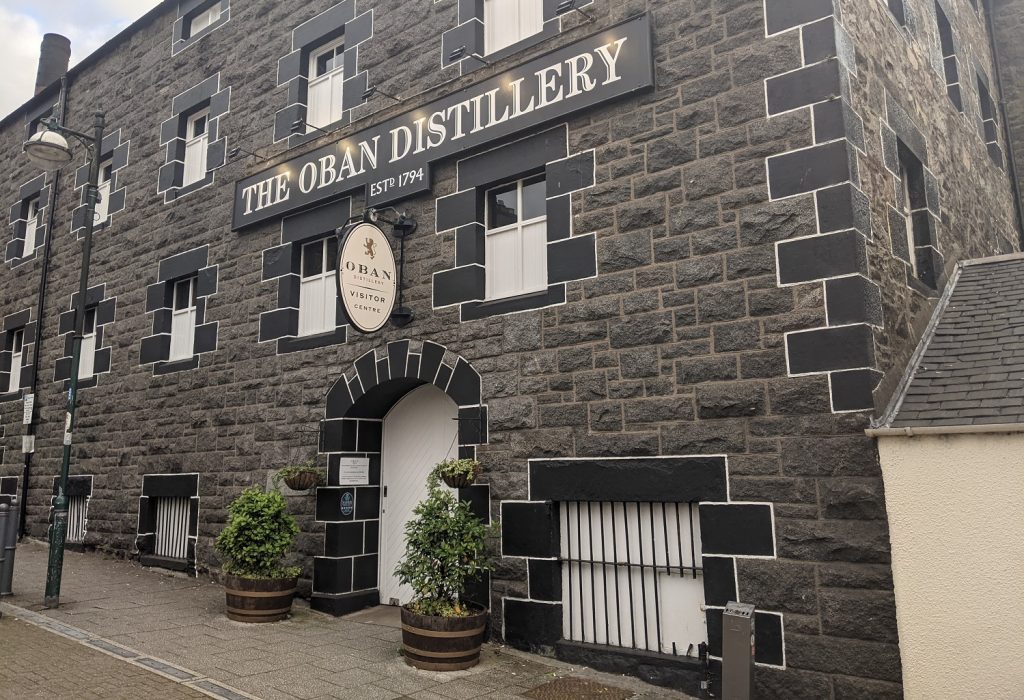 This remote west Scotland beach has got to be one of our favourite Scottish hidden gems. It’s so far of the beaten track that it can only be reached via a 4-mile hike. Starting from the village of Blairmore, the trail is relatively straightforward and rewards you with unspoilt views across the sandy bay. Ever wanted an entire beach to yourself? Here’s your opportunity!

Despite being the largest mountain in the UK, Ben Nevis is often noted for being one of the more straightforward Munros to climb, due to its well-maintained (and well-trodden) path. With that being said, at 1345m, the climb is no easy task, and it is recommended that you put aside 7-9 hours to make the journey up and down. Take plenty of water to make sure you’re fully hydrated and get ready to enjoy the jaw-dropping Highland views from the top.

Encouraged by the warm waters brought in by the North Atlantic Drift, the Arduaine coastal gardens boast 20 acres of beautifully maintained flora, supporting exotic species rarely found in this part of the world. Pops of colour welcome you around every corner and visitors should be sure to search for the winding path that climbs through the trees and up to the garden viewpoint. Here, they’ll find benches and an orientation board detailing the islands and mountain views across the bay. 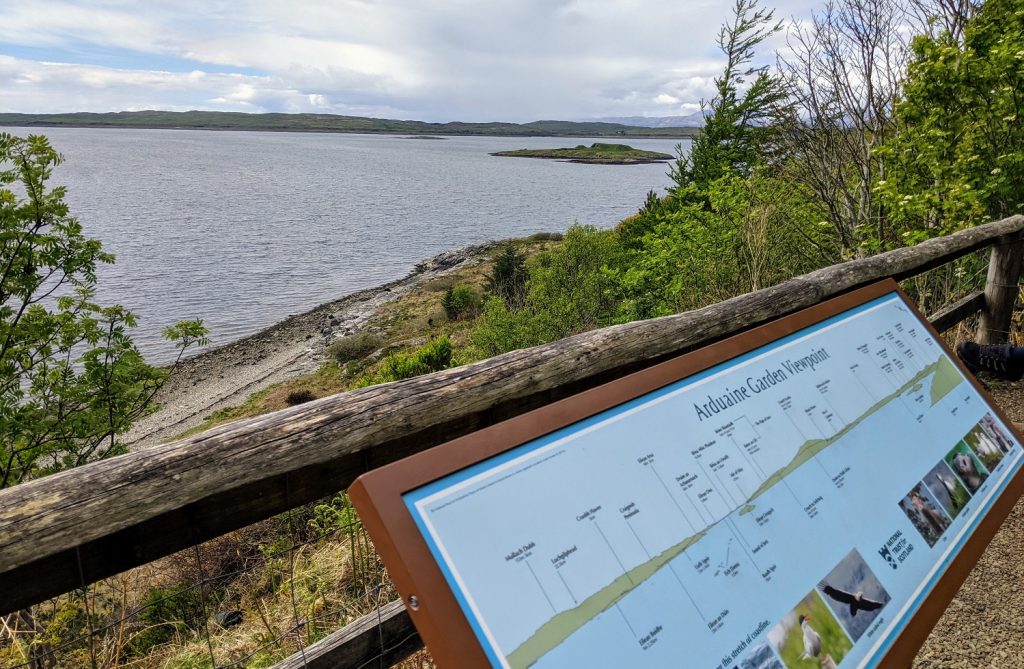 6. Whale Watching off the coast of Mull

From June to September, the waters around the Isle of Mull are a famous destination for wildlife lovers hoping to catch a glimpse of Minke Whales (alongside dolphins, porpoise, and basking sharks). The conditions in the area are so ideal that the west coast of Scotland has been noted as one of the best places in Europe to catch sight of whales. According to the Hebridean Whale and Dolphin Trust, a pod of orcas (Killer Whales) make regular journeys along Scotland’s Highland coastline, and lucky tour goers have been able to capture photographs of the curious giants as they come to the surface for air.

Thought to date back from 66-2.6 million years ago, The Old Man of Storr is an almost gravity-defying pinnacle that stands proudly on the remains of an ancient volcanic landslide. Located on the northeast point of the Isle of Skye, the hike up to The Storr covers a total loop of just under 4km and can be challenging in spots. However, the views across Loch Leathan and the Sound of Rassay are well worth the scramble.

Regarded as one of the most beautiful castles in Scotland, Eilean Donan originally dates to 13th century and was used as a stronghold for the Clan Mackenzie. The arched bridge across the loch to the castle wasn’t constructed until its restoration in the early 1900s, and before that point the surrounding waters provided a strong defense against Norse expeditions. Today, visitors can take a tour of castle interiors to learn more about its decor, weaponry, and artifacts, all salvaged from the Jacobite era.

9. The Isle of Kerrera

Desperate to squeeze in a Scottish island trip, but short on time? The tiny island of Kerrera is just a 5-minute ferry trip from the mainland and brings all the excitement of an island experience in a half-day trip. Visitors must leave their cars behind at the small car park at Gallanach (just 5 minutes south of Oban) and sights include the Gylen Castle ruins, Hutcheson’s Monument, and the pretty Kerrera Tea Garden.

10. The Jacobite Train (aka, the Hogwarts Express)

Calling all Harry Potter fans! Follow in the footsteps of your favourite spectacle-wearing wizard and hop aboard the Jacobite Steam Train: the engine used in the filming of the famous movie series. Departing from Fort William, the 2-hour journey along to Mallaig passes by some of Scotland’s most impressive geographical points, including Britain´s highest mountain, shortest river, and most westerly station. Having built a reputation for being one of the world’s best train rides, the trip also includes a crossing over the incredible the Glenfinnan Viaduct (made particularly famous by its Harry Potter film feature). 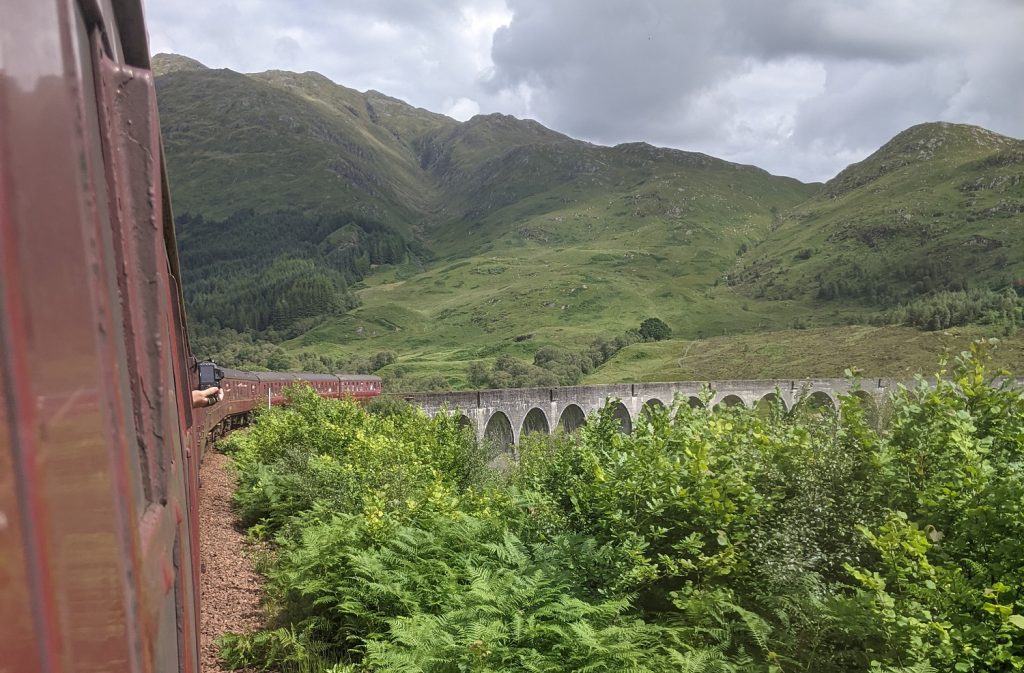 Other useful things to know about your trip to northwest Scotland …

Whilst recent years have seen warm and sunny summers, we need to acknowledge that people are seldom heading to Scotland to work on their tan. Travellers to our little part of the world are encouraged to pack with flexibility in mind – the key to the Scottish weather: layers!

It’s worth remembering that the west coast pokes out into the North Atlantic and, with this, comes the inevitable chance of rain and winds. Rather than repeatedly checking the forecast in the run up to your trip (which changes so regularly that its often not worth the time), be prepared for the chance of rain and pack a waterproof jacket.

Expect and average low of 0°C in winter and a very pleasant 15-17 °C across summer.

Places to stay in west Scotland

We wouldn’t be doing ourselves justice if we didn’t highlight Loch Melfort Hotel as one of the best places to stay whilst visiting the Scottish Highlands. Whether you’re planning to travel the full west coast, or simply experience a little of what the Oban area has to offer, our waterfront accommodation is an ideal resting place.

Just half an hour south of Oban (and a 2.5-hour drive north of Glasgow), our location offers travellers flexibility to explore surrounding attractions, whilst still allowing enough space to make it in time for a sunset dinner. Kick off your walking shoes and relax on your very own Sea-View Lodge terrace as the sky turns from blue, to orange, to pink across the isles of the Inner Hebrides.